Perfecting the Art of Slow Travel in Crete

We’ve traveled from the northeastern shore of Crete to its southwestern coast.

We are now in Chora Sfakia (Hora Sfakion) where we will stay until catching the ferry on Friday to Loutro, the small town just down the coast accessible by boat or on foot. We’ve opted for the boat. 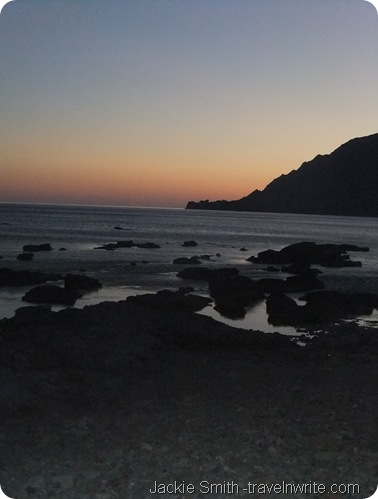 We spent last night in the beautiful coastal town of Plakias, about an hour from here.  Some of you saw the photo I took at sunset on FB and for those who didn’t; that is another view of it above. (Thanks to those who commented and ‘liked’  the FB photo!) 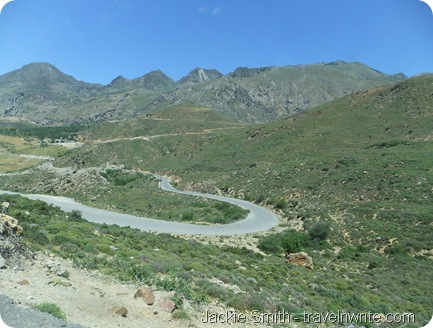 We could have stayed in Plakias longer – a lifetime perhaps -- but this morning meant it was time to head west because we had reservations for tonight in Sfakia.  So we hit the winding, road up over the mountains;  roads by their very nature that make for ‘slow travel’ (that new popular approach to tourism) – you simply can’t drive fast or you’ll kill yourself on a curve.  But then you hit a straight stretch and are reminded again of the wonders of slow travel, as we were this morning: 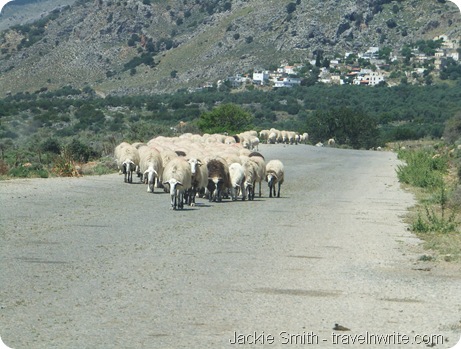 You can guess who has the right-of-way here, can’t you? 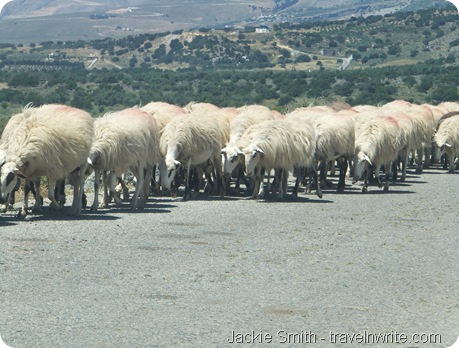 Notice there isn’t a human in sight?  They simply herded themselves and as they passed our car, then crossed the road behind us to continue on their journey. 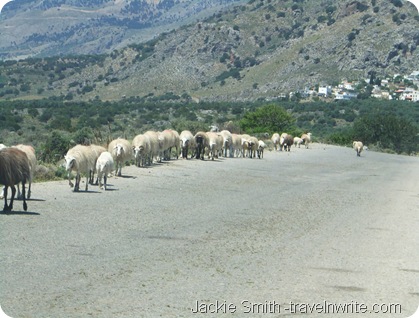 So we are now settled in at anther of our old favorites. We’ve got a killer view of the Libyan Sea and the coastline. . .and a deck from which to enjoy it.  The cost is 37-euros a night (because we have a small refrigerator as well – it would have been 32 without that luxury).  Our hotel – as it did the last two times we’ve stayed here – claims to have  wi-fi ‘in the rooms’. Still not sure what rooms those are as we’ve never managed to have them. As time permits we’ll head to the lobby for internet. .  . for now we’ll enjoy the view (and chill the wine!)
Posted by Jackie and Joel Smith at 6:47 AM