Pan, that wily god of wild shepherds and flocks, nature and mountain wilds is said to have lived in the Parnonas Mountains; the range that frames our little beachfront town of Poulithra.

He’s the fellow with the hindquarters and legs of a goat who romped with the Nymphs.  And his playground high above us called out yesterday. . .we ventured into Pan’s Land. 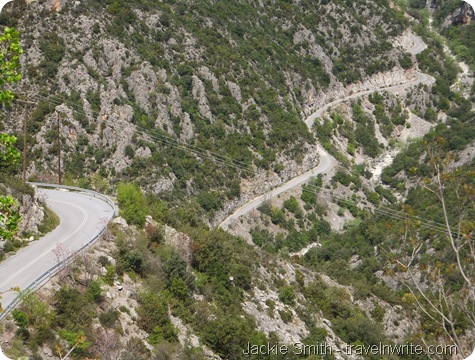 We climbed up into the clouds on winding, twisty roads that cling to the hillsides – dizzying heights, I assure you.  The good thing is that all drivers take the corners with great respect for the sure death that would await if they were traveling too fast. 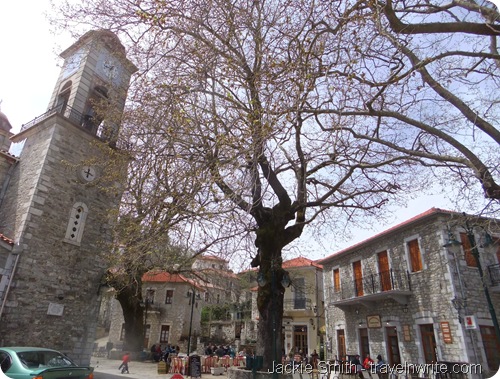 Pan's pathway led us to a picturesque mountain village, Kosmas. A place where the small stone buildings on the town square house small inns, cafes and gift shops – and those we visited were heated by fireplace or wood stoves (and all were in use – we were at a mountain top). 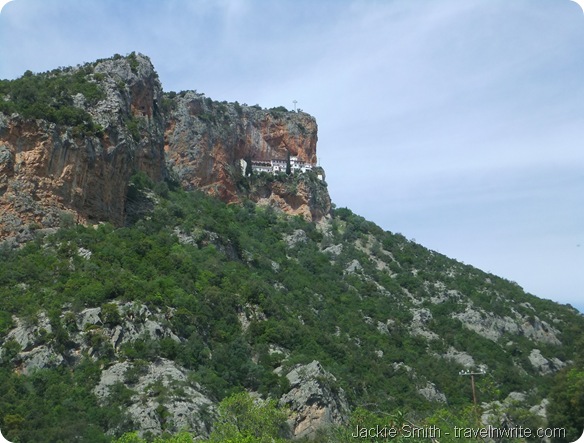 We then stopped at Monastery Panagias Elonis, which hangs off a sheer cliff a few miles outside Kosmas.  It is said to have been built in the 14th Century by Kosmas residents after they saw an image of the Virgin Mary on the hillside. 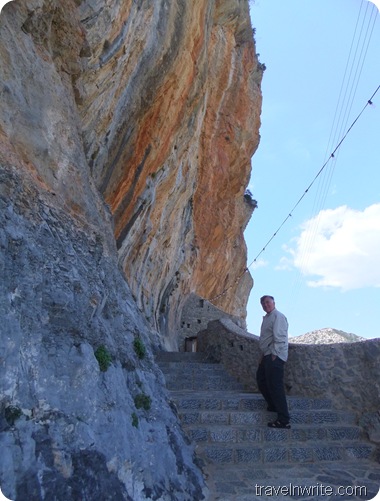 The stairway leading to the monastery was solid and wide but when you looked over the edge. . .yikes! That ribbon below - far below! -- is the road we would descend down after leaving this religious site.  I can now understand why at least half of Pan had goat legs. 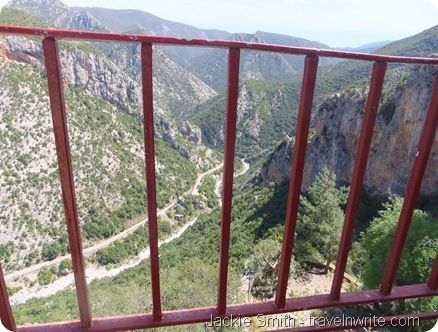 Thanks for coming along on our Greek adventure.  Our internet connection has been a bit spotty and as we go further south  I suspect it may get even more unpredictable. . .I’ll be back when I can ( I have loads of tales to tell you!)
Posted by Jackie and Joel Smith at 9:40 PM