This weekend our spotlight shines on a couple of Seattle hotel’s that have some money-saving deals for visitors to Washington State’s Emerald City: 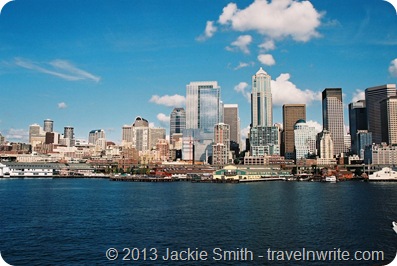 Hotel 1000, in downtown Seattle, now offers guests complimentary calls to anywhere in the world during their stay.  And having just checked the price of making calls from Greece to the U.S., we can assure you, this is one great perk, especially for international travelers who want to stay in touch with home.

“Part of the experience is to not ‘nickel and dime’ our guests, but to include as much as possible in the room rate. We’ve done this in the past by offering complimentary, high-speed Internet since opening [six years ago] and are now continuing this with free calls to anywhere in the world,”says Denny Fitzpatrick, the general manager.

Another plus is that Hotel 1000 does NOT charge that pesky ‘hotel fee’ that some properties like to tack on to your stay. Your room rate includes: free calls and Wi-Fi throughout the hotel for “as many devices as you can carry,” as well as a complimentary newspaper, coffee in the Lobby and Library (Keurig in guestroom or French press upon request), sparkling wine at check-in, Business Center access color printer and ‘Mighty-O Donuts’ in Studio every morning 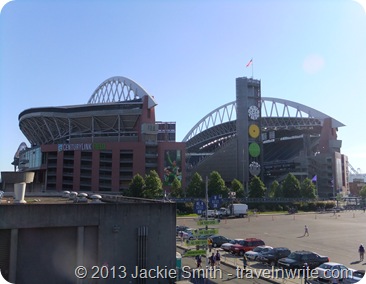 Seattle’s Alexis, Vintage Park and Monaco hotels (all part of Kimpton Hotel group) are pitching out deals for guests in this sports-crazed city. And the deals run the length of the Mariner’s baseball  season (April 8 – October 31):

And use rate code: SCORE to get:

· Valet Parking  - whatever the Mariner’s opponents score in the game the night before* is how much the guest pays for parking (for example, 2 runs=$2, 0 runs=free parking, etc). You’ll also get:
· 2 bottles of a Northwest craft beer
· 1 bag of Tim’s Cascade (local) potato chips

The reason this is a great deal is because the normal rate for valet parking is $39/night at the Vintage Park and Monaco; $40/night at the Alexis!

*This promotion is good any day..the most recent game the Mariners played will apply.

For the record:
* these aren’t ‘sponsored’ posts (meaning no one has paid us to run this information.) We just think these are great deals and why keep such good information to ourselves when we could be telling you?

*that stadium pictured above is Century Link, the Seahawks' football stadium, our baseball stadium is behind it and I didn’t have a photo of it to use!

Hope you’ll join us again next week for more tips and tales!
Posted by Jackie and Joel Smith at 8:54 AM