We’d been back from Italy for a bit more than a week, the sun was shining, the air crisp and leaves were falling. On this picture-perfect Thursday morning, we said, “Carpe Diem!” and seized the day:  We were off to the ‘San Juans’  before morning’s end. 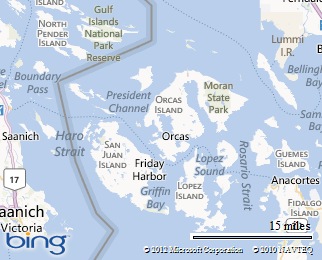 The San Juan islands are located between mainland Washington State and Canada’s Vancouver Island.
It’s been several years since we’ve visited any of them  – even though they are a mere 1.5 hour drive to Anacortes, the departure point for state ferries that serve those islands.  Then, less than a couple of hours of sailing to reach them. 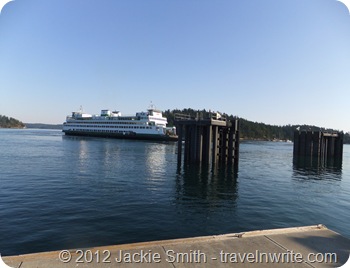 We’d decided a night in Roche Harbor on the northwest side of San Juan Island wouldn’t be enough after we got there and quickly extended our stay for a second night. We couldn’t have been as spontaneous during the high season summer months. One advantage of off-season travel, in addition to lower room rates, is last-minute availability. 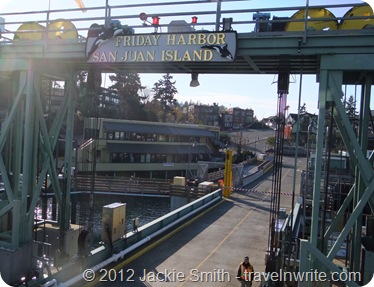 Friday Harbor, the gateway to the island for ferry passengers (either by car or on foot), is the only incorporated town in the entire San Juan County.  This town of 2,000+ residents is the county seat. Accommodations here range from a Best Western to mom-and-pop bed and breakfast operations. 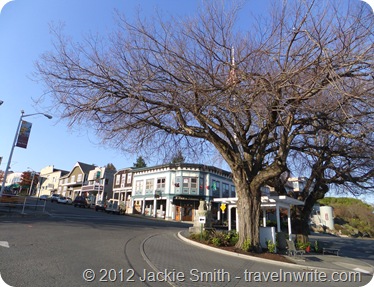 Ferries usually zig-zag between the islands, but we lucked out and caught the one which sailed directly to Friday Harbor in an hour’s time.  It was a bone-chilling cold wind that blew us northward to this 55-square-mile island that lies closer to Canada than the United States. 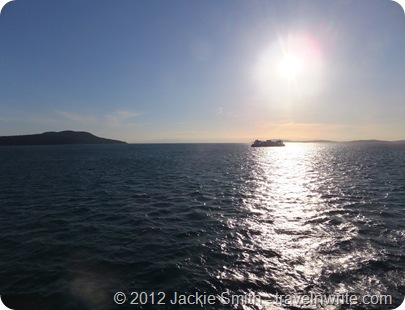 It was a 20 minute drive from the ferry dock to our  destination, the historic Hotel Haro built on the site of what was once the largest lime-manufacturing operation west of the Mississippi. 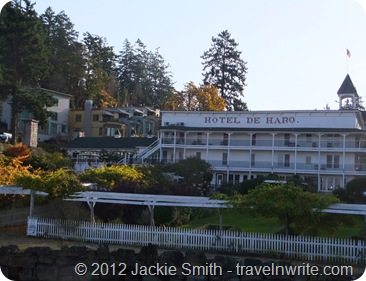 By giving ourselves and extra night we had time to explore this island quilted with local, state and federal parks.  It’s a biker, hiker, kayak-er paradise.  I’ll take you on a tour in  future posts as well as show you our room in this wonderfully creaky history-book of a hotel.

If You Go:
Off season is a good time to get reduced hotel rates.  Be sure to ask if amenities like on-site restaurants, bars and spas are open on the dates you plan to be there.  Find out how close the nearest eateries and watering holes are if not.

Washington State Ferries, schedule and fares, can be found at: http://www.wsdot.wa.gov/ferries/

San Juan Island information can be found on the Chamber of Commerce site; click the “Visitors” link at: http://www.sanjuanisland.org/

For those of you waiting for the next dispatch from Italy, you’ll find it here Tuesday!  In the meantime, where would you go if you could shout, “Carpe Diem!” and set off on a spontaneous journey?
Posted by Jackie and Joel Smith at 9:55 AM