Visiting Camano Island’s Cama Beach State Park, is time-travel at its best.  It’s so delightfully vintage that I call it a ‘Retro Resort’. It’s one of the last remaining of the popular early 20th Century ‘auto court resorts’ that once proliferated our state. The rage of the 1920’s to 1940’s was the auto court resort ~ those places you could drive to in the then-state-of-the-art automobile; places like the privately owned and operated Cama Beach Resort on the southwest shore of Camano Island, overlooking Sarasota Passage.

The resort was among some 22 such places that could be found on Camano Island alone, even more were to be found on neighboring Whidbey Island.  Fast forward through a half century: the resort’s owners sold the property to the Washington State Parks Department. 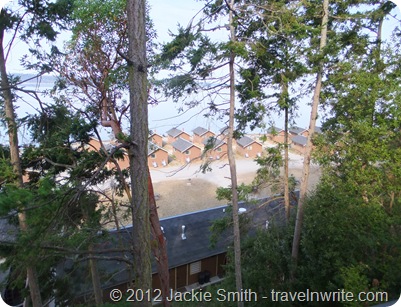 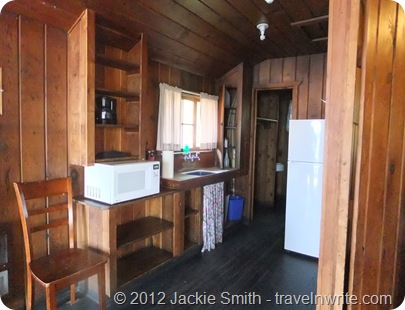 In the warm months, the screened windows slide open to allow sea breezes to cool the small cabins and electrical heat warms during  the cooler winter months.  While the original cedar paneled walls and pine floors remain, a modern-day a coffee pot, refrigerator and microwave make the cabins less ‘rustic’. 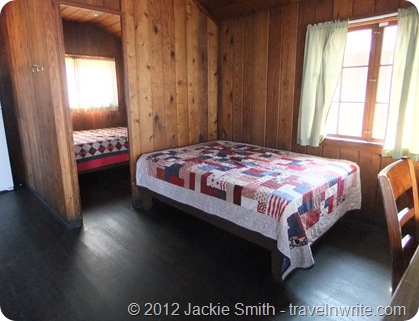 Where have you stayed lately, where beds were covered with hand-made quilts? They are here, thanks to the efforts of a devoted group of volunteers who call themselves the Cama Quilters. You need to bring your linens – towels, sheets, pillows and/or sleeping bags, but the quilts are provided. (If you are curious, they are washed between guests just like any hotel would do). 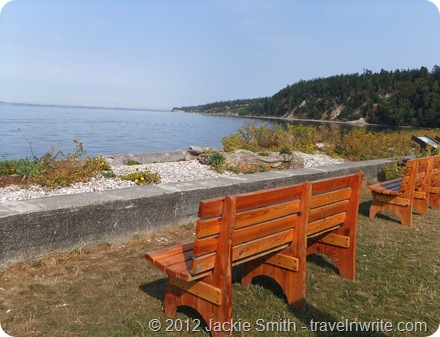 I toured the resort last Monday, thinking that it would take about an hour.  Instead, I spent the entire morning with a most enthusiastic tour guide, Jeff Wheeler, the Park Manager. I simply couldn't get enough of the place and he was more than willing to show me everything!

The history, the setting, the renovations, and the community support of this park combine to make this one special place. I told Jeff he’d be seeing us again as overnight guests.

There is far too much history, not to mention all the activities (hiking, boating and kayaking for starters) to include in a single post so check back for Part II of this story on Travel Photo Thursday. 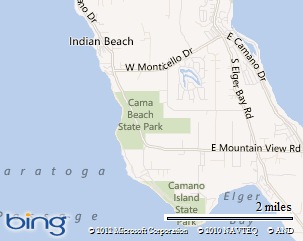 This place is perfect for families, couples and all of those who may be in the transition years of going from ‘tent camping’ enthusiasts to those who prefer a bit more comfort of a cabin, bed and modern bathroom facilities. Some cabins offer en suite facilities and others share a huge, modern bathhouse.

The Cama Café operates in the recently opened Cama Center, on the ridge overlooking the cabins. It’s open daily for breakfast and lunch in the summer and on weekends in the winter.

For more information:  Cama Beach State Park, (360) 387-1557 or visit the website: Cama Beach State Park for seasonal rental rates. Less than six cabins: you can book 9 months in advance; more than that can be reserved 18 months in advance. (Don’t forget you’ll need a state Discover Pass when using this park. They can be purchased at the entry gate when you arrive.)
Posted by Jackie and Joel Smith at 8:39 AM