‘WA’ Wednesday: 'Our Kind of Place' at Copalis Beach

Heading to a new destination over an unfamiliar route in a downpour doesn’t make for a pleasant travel experience. Compounding the matter was leaving the road map at home. We use maps – the old paper kind. We don’t 'do' GPS.

We were heading to two destinations: one a resort where we would stay and the other a place where we planned to eat that night. 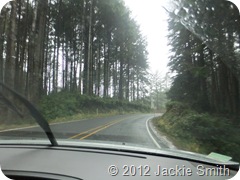 Windshield wipers flung rain off the windows as we traveled north on Highway 109, a two-lane road that snakes along Washington’s coastal North Beach area.

Our ultimate destination was Iron Springs Resort, where we were spending the weekend, but we were also seeking the Green Lantern Pub in the town of  Copalis Beach. We had just enough information about it to believe it was  ‘our kind of place’.

A handful of Yelp reviews and a hearty endorsement (“They serve the best steaks!”) from a cheerful lady in the tourism office at nearby Ocean Shores (where we got a map) convinced us to dine at the Green Lantern that night. 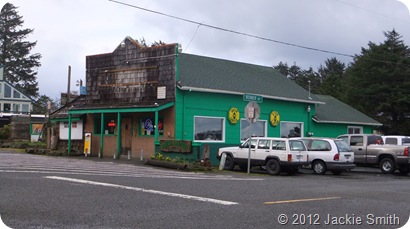 Easily spotted on the corner of Highway 109 and the road that leads to Griffiths-Priday Ocean State Park, the place has had only five owners  since it opened in 1928. It’s also had the same name for all but two of those years. 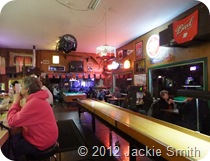 We literally bellied up to the bar at the Green Lantern Pub – the place was packed with others who were there for Friday’s Prime Rib dinner special. Sitting on those old round seat-bottom stools without backs we were within arm’s reach of a shuffle board table and not far from the lone pool table. 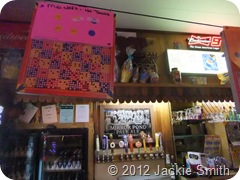 I watched the woman next to me nurse a beer – served in a pint canning jar – for more than an hour while she tested her luck at a 10-cent pull-tab game (like the one pictured on the left).  She spent $40 but when she left, she carried a jackpot prize with her: a giant-sized box of Rice Krispy treat bars!

The Prime Rib dinner, at $14.95 per person, got us such large cuts of meat that had enough leftovers for another meal.  We passed on the large baked potato and still had a selection of five other sides from which to choose.  A dinner salad was included.

The wine list – red, white, pink, - served from large bottle or box – didn’t impress, but the pours were hearty and with 10 brewskies on tap and a full bar from which to order, there was no room for complaint.

The “Daily Specials,” including barbequed ribs on Saturday night and a few days later, a $9.95 New York steak. . .had us nodding in agreement: it was our kind of place!

We will certainly be coordinating our return visit to Iron Springs Resort with the nightly specials at the Green Lantern.

Perhaps during our next visit we’ll even meet some of the . . .ahem. . .tavern ghosts.  Our waitress  told us they have some regulars ~ she’s seen them. We didn't.