Book It: A Holiday at Home!

When we aren’t living out of a suitcase we are armchair travelers. It’s the easiest of getaways requiring no more preparation and planning than opening a book’s cover (or flipping a switch and downloading, for those techie’s out there).

We’ve often found that our favorite books are not those we we’ve selected, but those that have been recommended to us by friends.  So I’ve asked a few blogosphere friends to make some recommendations. . .novels, guidebooks, essays, poetry. . .whatever they think would  make for an armchair getaway in 2012. Here’s what they suggest: 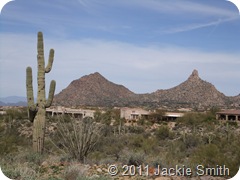 About this collection of travel narratives, Dick wrote,  “Linda’s travels have taken her on a wide path across much of the globe.  One of the reasons I enjoyed her book so much is that I have actually ventured – albeit as a less adventurous traveler – to several of the places she writes about in Alaska, Arizona, the British Virgin Islands, California, Colorado, Hawaii, Montana and Wyoming.”

Freelance travel writer Dick Jordan, when not on the road, makes his home in Northern California. He writes one of our favorite travel blogs, Tales Told From the Road.

Recommended by:  Niki Sepsas, Birmingham, Alabama and the High Seas

George Leigh Mallory was last seen alive on Mt. Everest in June, 1924.  In 1999 professional mountaineer and co-author Anker discovered Mallory’s  mummified remains.  “Interesting read on Mallory, his adventures, and his death on Everest. Authors are still trying to determine if he actually reached the summit. Lots of vivid descriptions, theories on his death, etc.” Niki said.

Birmingham, Alabama is home to freelance writer, travel guide and cruise ship speaker Niki Sepsas, who has among his writing credits, a novel,“Song of the Gypsy.” 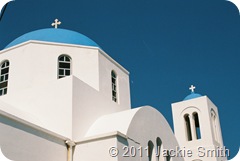 
Recommended by:  Bill Kitson, North Yorkshire, England
Enfield, in this lighthearted and entertaining book, tells of his adventures biking through the Peloponnese in the footsteps of romantic poet Lord Byron.

“This book could only have been written by an Englishman. . .for two reasons,” Bill wrote, “One that the humour is archetypal English and two, I doubt whether any other nationality but the English would be daft enough to have undertaken this adventure.”

North Yorkshire, England is home-base for Bill Kitson who has brought detective Mike Nash to life in a series of nail-biter crime novels; but he and his wife/editor, Val, hold Loutro, Crete close to their hearts as well.

By coincidence, another blogosphere friend, Jeffrey Siger, shares the Kitson’s love of Greece and by further coincidence, writes about murder as well.   He shares a blog with seven other mystery writers around the world so he was unable to suggest only one book - he says head around the world with the books of those with whom he shares the blog, Murder is Everywhere:

Jeffrey Siger gave up a New York law practice to move to the island of Mykonos, Greece where he has given life to Inspector Andreas Kaldis in a series of murder mysteries set in Greece.

Afghanistan from the Armchair

Suzi said, “Sometimes books take us to places we are unlikely to be able to travel to ourselves - like Afghanistan! I especially like this novel as it is filled with gentle humour, despite the obvious tragedy of the current situation. It is the story of an Afghan boy whose mother works for three Westerners, and his perception of what they get up to is often hilarious as well as extremely moving.”

Suzi Butcher is the editor of Packabook Travel Novels a great website to both browse and buy books and a related blog that showcases novels and novel destinations. She also has a fabulous on-line book club that you can join for free!

By now your armchair suitcase should be full, but if not, let us add a final recommendation: 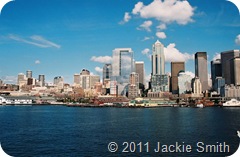 Nancy Pearl was the librarian at Seattle’s Public Library; famous for her love of books and reading. She gave rise to the program, “If All Seattle Read the Same Book” which caught on in cities throughout the United States.

Since her retirement from that post, she continues to do what she did best as a librarian – find great reads and  recommend them. She has three “Book Lust” titles to her credit, but this one is perfect for armchair travelers.  And don’t get me wrong, this isn’t a list of books, it is a book about books from A – Z; beginning with A is for Adventure and ending with Zipping through Zimbabwe – a great read on its own.

Note:  I’ve added links on the titles which will take you to Amazon for each of the books recommended. There you'll find more description and reviews. If you purchase from one of these links we make a few cents, but that isn't our intent.  This post is meant to provide new armchair itineraries. Thanks to those who contributed suggestions - may you all have safe and satisfying journeys in 2012.

YOUR TURN! What armchair itinerary do you want to add to this list?
Posted by Jackie and Joel Smith at 7:58 AM