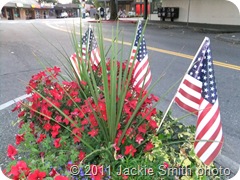 As we’ve read traditional and social media reports commemorating the tragic events of a decade ago, one in particular stood out because it told the story of a New York hotel located at 3 World Trade Center.

The article focuses on the little tower – the one that housed the 22-story hotel, The Marriott World Trade Center -- and the role it played as a portal for those brave first responders who raced to save victims in the adjacent Twin Towers .

It ran in The New York Times a year after the attack and this week was linked to Bill Marriott’s blog. It’s worth a look:
read article
Posted by Jackie and Joel Smith at 11:14 AM