Travel tidbits from the satchel came from this week's emails: 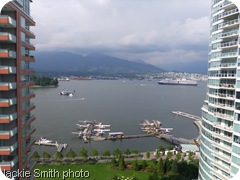 *Vancouver, British Columbia – Our neighbor to the north is celebrating the arts with two August event traditions.  Both have been around for years so if you can’t make it this year, keep them in mind for next year:

MusicFest (formerly Festival Vancouver), now in it’s 11th year, will present some 40 concerts between Aug. 5 – 14, including this year (2011) a performance by Sarah McLachlan with the Vancouver Symphony.

Queer Film Festival, Aug. 11 – 21,is the city’s second-largest film festival.  In addition to viewing independent films, many of the films creators will be on hand as well.
Click the links for schedules, ticket information and other details.
~~~~~~    ~~~~~~~ 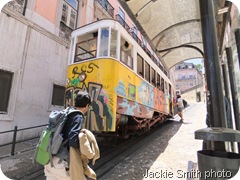 Lisbon, Portugal – Ever dream of being named an Ambassador to some far away country? In case it doesn’t happen, you can still stay in a place that once housed an ambassador. 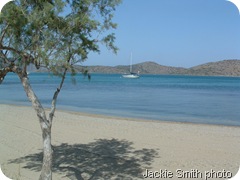 Greece – Kalokairi, is Greek for summer. It means, “good time”.
Hope you are having just that where ever you are this week!
Posted by Jackie and Joel Smith at 10:42 AM