Timing is everything when it comes to travel. Our mantra, as regulars here know, has been ‘research, wait, watch and research some more’ before making any travel commitments. We like flexibility and options.

For that reason we arrived in Greece back in October without a return ticket to the States.*


Because there are no non-stop Seattle – Athens flights, we must have a connecting city somewhere between the two. We wanted to pick and choose our return routing from the myriad of possibilities that Europe affords. We also wanted a reasonably good airfare – often times the departure city does make a difference when seeking deals. So The Scout went to work and over the course of several weeks and several options, it seemed he’d found us both an interesting routing and at a good price.


Again, you long-time regulars know that a plus for having a home base in Greece is that it we have a launch pad to explore more places on this side of the Atlantic Ocean without a 20+ hour trip to do so.

Europe’s low-cost regional airlines offer such enticingly low fares that we’ve felt like kids in a candy store when pondering the many possibilities The Scout found for our return. In the last few weeks we’ve considered:


*Flying to Dubai, taking a round-trip 7-day Royal Caribbean cruise around the Saudi Arabian peninsula and returning to Seattle from Dubai on Emirates Airline (which has non-stop service between the two cities). Starting price for a balcony cabin, $524, with a ship board credit of $350 on select balconies.


* Flying to Istanbul and spending a few nights there. Various prices and places to stay and airfare of about $100 to get there for each of us.

* Or heading to Budapest for a few nights and returning from there.


*Flying to London, taking the Queen Mary across the Atlantic (rooms begin at $599 for a seven night crossing) and flying to Seattle from New York.

While the two cruise options were enticing we really don’t have clothes in Greece that are appropriate ‘cruise attire’.  Blue jeans and flannel shirts, shorts and tee shirts make up our wardrobe. So, I voted against the cruise options.  Budapest almost got the nod but then we checked December temperatures and with an average high of 28F-degrees, decided we didn’t have enough winter travel clothes to handle it. 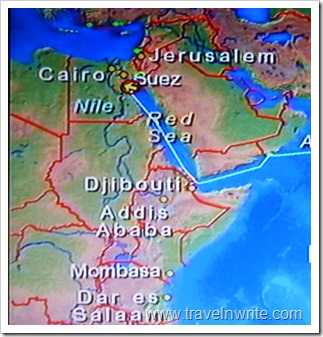 So we decided on Cairo, Egypt. It is a long-time, high-ranking destination on our ‘must-see’ list. Friends who’ve been there rave about their experiences. Two tickets on Aegean Air: $350. We are using Marriott hotel points for our stay in this fabled city. And we found a good business class airfare flying Air France from Cairo to Paris, then connecting with with Delta, arriving back in Seattle on Christmas Day.

We booked the stay and the airline tickets.

First, the Paris attacks. Then news of New York City on ‘heightened terrorist alert’. A few days later Brussels was shut down. If you read travel news headlines, as we do, you've seen travel warnings are all encompassing. Literally, the US State department has issued a world-wide travel alert reminding Americans to be vigilant no matter where they are – home or abroad. 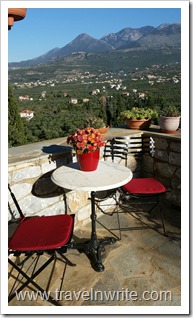 So what do travelers do?

In our case, we are going ahead with our plans to visit Egypt – our tickets can’t be changed or cancelled without great penalty. Christmas Eve in Cairo sounds pretty exotic. Hopefully the time for connecting flights in Paris in light of heightened security there will be sufficient or we might find ourselves spending Christmas in Paris.

We will continue to monitor world events – just like all of you.

A person could reason that sitting here in The Stone House on the Hill for the rest of our lives might be the safest option. But just the other day a woman was killed in her home when an earthquake in the northern Greece caused one of her stone walls to tumble on her.


Note:  We do take safety and security seriously and for that reason – for the first time ever – I have enrolled in The Smart Traveler Enrollment Program, STEP, a service of the Bureau of Consular Affairs, US State Department. I’ve submitted our dates of stay in Cairo, location of stay, and emergency contact information for us while there and our designated emergency contact friend in the United States.

[If you are a U.S. citizen planning to travel abroad here’s where to find more information and enroll in STEP: https://step.state.gov/step/]

The information I provided has been sent to the Consulate in Cairo. Staff there will know where we are supposed to be and how to find us. By enrolling in this program we will receive email advisories and any security alerts both by email and phone. Currently, there are no alerts or advisories about Cairo for Americans. . .other than that world-wide alert I mentioned above.

We've got a few more weeks left in Greece so will show you more of The Mani next week. And if any of you have recommendations or links to articles on Cairo that you’d care to share, we’d love to see them.  As always, thanks for the time you’ve spent with us ~ hope you’ll come back often.

Until then, safe travels to you and yours~


* As Americans traveling on tourist visas, we can be only so flexible because Greece is among those participating in the Schengen Border Agreement, an agreement among 26 European countries that basically opens up travel between them without border checks. For those of us outside the EU it also means our tourist visa is good for a 90 day stay within each six month period in the Schengen zone. (Longer stays require a different visa).
Posted by Jackie and Joel Smith at 7:43 AM