Greece: A honey of a destination

Greece, quite literally, is a honey of a destination.


As we prepare to return this spring to the Peloponnese, Crete and other yet-to-be-determined places we know the one common treasure we’ll find is their liquid gold. . . honey.

In Greece, honey is infused into soap and shampoo. You can find it in beauty products from face cream to foot lotions. We’ve even used wax balms on our lips – thanks to those industrious bees who produce the honey.


We’ve drizzled it by thick spoonful onto fresh-made Greek yogurt for breakfast. We finished our evening meals with complimentary servings of fresh fruit slices topped with it or pieces of cake soaked with it.
While honey is commonly found in every region of Greece, each region’s product has a slightly different taste and characteristics.

As we drove narrow roadways that curled and climbed through the rugged terrain of both the Peloponnese and Crete -- each is a honey producing area -- it became a contest of sorts to spots hives we passed along the way.
By the numbers there are some 1.3 million hives and 25,000 beekeepers responsible for the 12,000 tons of honey produced annually in Greece.


Luckily we will be returning to Greece, during the ‘honey season’ which generally begins in March and continues to the end of November in the southernmost areas of the country.

During this time hives are moved from field to field and slope to slope. The moves provide the seasonal flavors to the honey – orange blossoms in May, wild thyme in July, forests in September and Heather fields in both May and September.  Honey is harvested after the feeding periods to capture the best flavors.

We will be making our fifth trip to Crete – we can’t resist its charms.

Or is it the the thick, hearty thyme honey we’ve discovered in southern Crete that keeps us returning?

It’s a flavor unlike any honey we’ve had anywhere else. We’ve commonly referred to it as our ‘nectar of the Gods’.

However, it was in Poulithro, a coastal village in the Peloponnese – at the Hotel Byzantinon, where we were, last year, introduced to a honey blend so rich in flavor and beautifully colored (an almost pearl metallic highlight) that we understood completely why it is called, “Melithion” which means, ‘honey of the Gods’.

Christos Kritsidimas, son of the hotel owners, said his family had been buying the honey and serving it as part of the breakfast they provide with a room rental. “The guests kept asking where they could buy the honey. They wanted to take it home.”

Talks began with the honey suppliers and Christos, who formerly worked in the banking industry, began Vasiliki, his  new company that produces and markets, “Melithion” and soon other varieties of honey.

“Vasiliki,” he explained has a double meaning. It is both his mother’s name and synonymous with royalty. “We think of this product as the Rolls Royce of honey.”

Melithion is a blend of primarily black fir tree honey dew and Thyme nectar, with combinations of smaller amounts of herbs and local flowers contributing to its unique blend, including Arbutus, Maple, Heather and Tea. 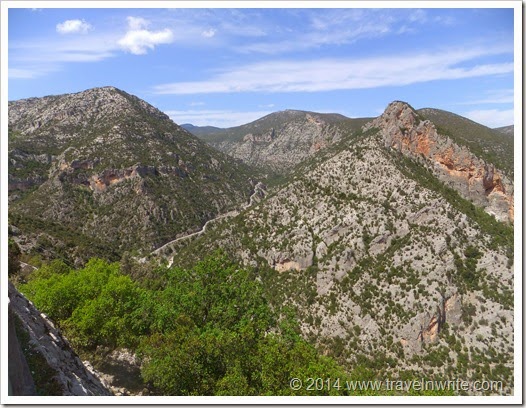 The Black Fir grows at the 1,500 meter (4,921 feet) elevation in the Mainalo mountain range that towers over the Peloponnese southwest of Tripoli. It’s a distinct species in the fir family and produces a honey known as Banilias (vanilla) – it is the only Greek honey to carry a Protected Designation of Origin. This honey is considered an excellent source of essential trace elements include potassium, magnesium, phosphorus and iron – as well as numerous vitamins.

“Our particular variety of honey provides a perfect balance in taste with the vanilla being less sweet and the thyme being sweeter,” he explains. “It is delicately smooth in flavor with a butterscotch taste at the end.”
The black fir tree honey dew is a resin produced by microorganisms in the tree trunk. Its production is easily affected by the high elevation’s cold and wet temperatures and the harvest is difficult and costly. For that reason, the production of Melithion honey was limited last year to 12,000 jars. 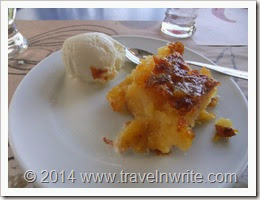 Since Vasiliki’s inception four years ago, the marketing and distribution of honey has been the company’s focus. Christos has taken the brand to trade fairs throughout Europe and hopes to grow its presence in the United States as well.

Melithion can be purchased on-line at www.elenianna.com, a premium Mediterranian gastronomy shopping experience. For us, it’s another ‘honey’ of a reason to return to Greece this spring!


Linking up:
Foodie Tuesday at Inside Journeys
Posted by Jackie and Joel Smith at 7:25 AM