Travel not only makes the world feel smaller, it also brings the headlines home.  And with this week’s headlines, we are taking a brief break from our Hawaiian tales, to take you with us on a trip down our travel memory lane:

Back to Sevastopol, Ukraine. 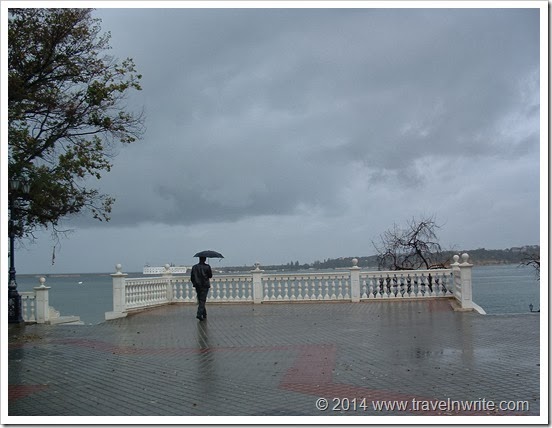 It has been three years since a Black Sea cruise introduced us to  Sevastopol, the city established in 1783 by Catherine II after Russia gained control of the region.

We spent but a few hours in this port city that figured prominently in the Crimean War (1854-55) and the Bolshvik Revolution.

Those few hours were far long enough, we had thought back then. 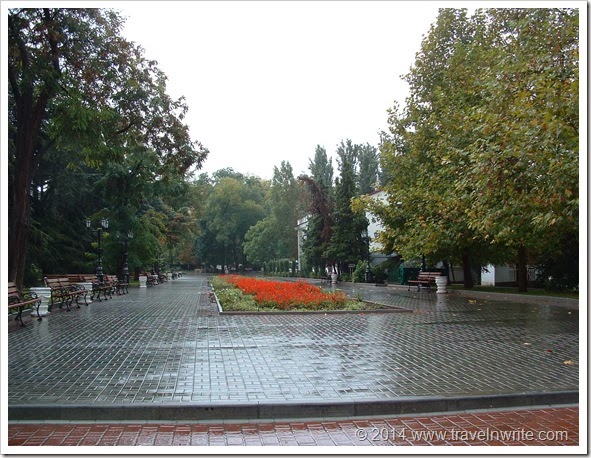 It was autumn. An incessant rain fell from a leaden sky. The sky and sea the same gun metal gray as the military ships docked not far from our pleasure craft. 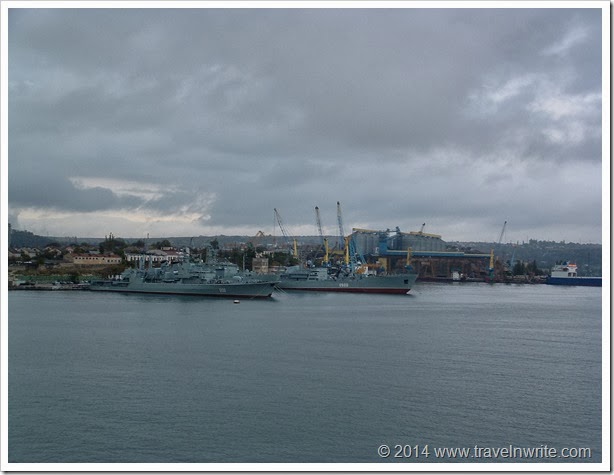 But have you ever found in your travels, there are a few places you visit - if even ever so briefly- that leave a  hauntingly vivid memory ~ the kind that keeps details alive in your brain and your soul? Sevastopol was such a stop for us.

As most of you know by now, we prefer to set off on our own to explore our cruise ports of call and this stop was no different.  We saw the usual ubiquitous influences of the Western World. . . 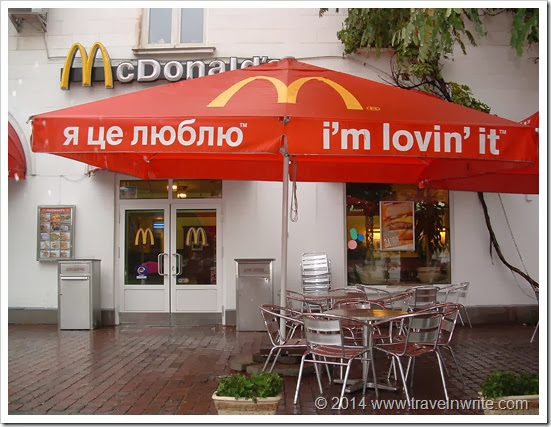 They were ‘lovin’ it’ at McDonald’s and this hotel, (pictured below) the Best Western Hotel Sevastopol, was housed in a stunning building. 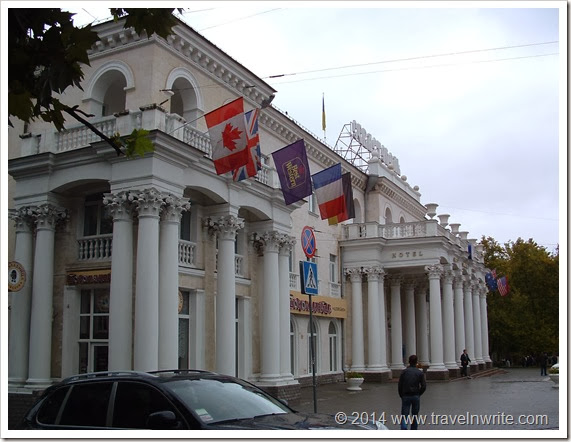 We didn’t walk very far from the well-groomed flower beds of the park to find ourselves on  real neighborhood streets. 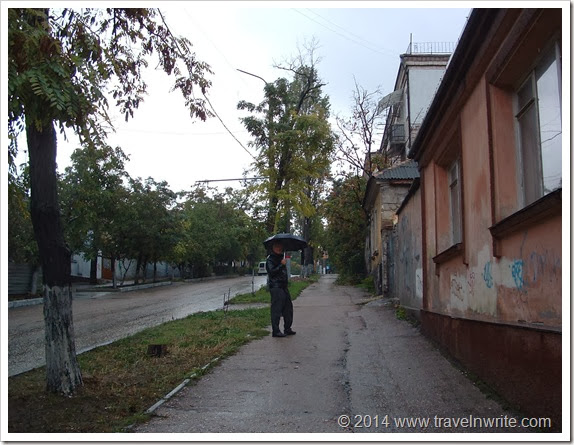 As we approached one trio I commented to The Scout that they had been staring at us – the hard penetrating kind, not the curiosity gaze - from the moment we came into view.  As we neared them, I smiled and they raised their eyes, focusing on some far distant spot over our shoulders; as if we’d ceased to exist. 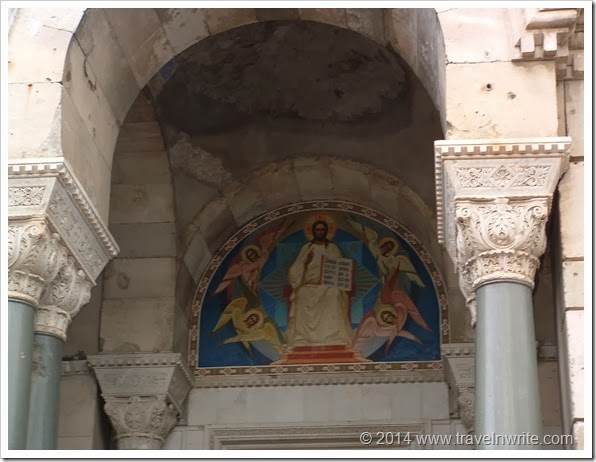 Another trio stood talking on the sidewalk outside this church – until I paused to take photos of the façade. They quickly disbanded. (I took this photo to capture the bullet holes that you see in the upper right hand corner.)

In watching the news this week, I think back to the somewhat Pollyanna-like observation I made to The Scout as we walked back to the ship, “Gee, these people aren’t very friendly. They don’t even make eye contact or smile at us.”

To which he replied, “Think of their past.”

Today, I wonder if it perhaps it wasn’t the past, but their present and future that caused their behavior? 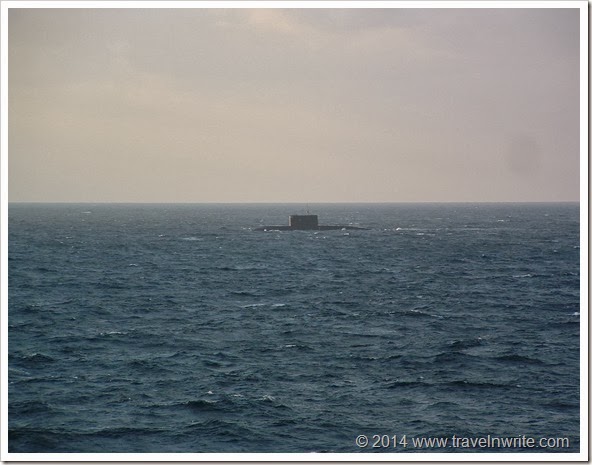 The last photo I took of our stop in Sevastopol was of the submarine off our side as we set sail.

Have any of your travels brought headlines home? Or did some place send you home with hauntingly detailed memories of it?

We’ll be back soon with more tropical tales for you. We appreciate your time and interest and would love to hear from you. And please come back again soon!