We had done the research – some, anyway – prior to our spur-of-the-moment road trip to Canada’s Vancouver Island in early September.  And that research had somewhat prepared us for high hotel room prices. 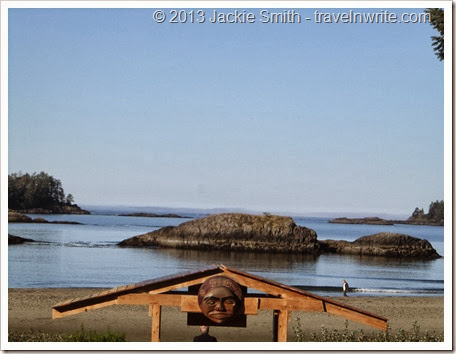 As it turned out they were breathtakingly high prices.

So high, that when the desk clerk at the Best Western Tin Wis Resort, just outside Tofino said,"$299CAD a night", it sounded inexpensive in comparison to what other places had quoted. The hotel was on a beautiful little beach and the rate was the best we’d found, so we bit the bullet and settled in for what would be a two-night stay. 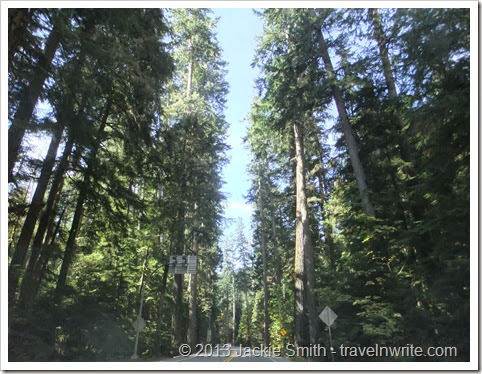 Part of the reason why we gave in to the prices (that we would normally not have done)  is that it was 3 p.m. as we stood at the Best Western counter. The drive had been an arduous one on the Pacific Rim Highway and The Scout, who had been behind the wheel, firmly said he wouldn’t be retracing our route that night. So, I mumbled a question to the clerk about a AAA rate. Whew! That brought it all the way down to $277CAD. 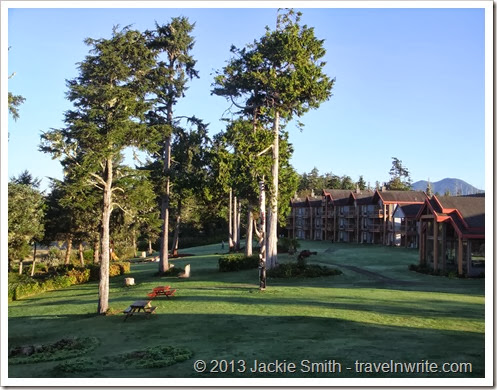 As it turns out, the buildings that make up the  Tin Wis (meaning ‘calm waters’ ) resort ring a section of  beach which, up until the 19th century, was the landing place for Nuu-chah-nulth whale hunters who traveled these waters in their dug out canoes.


The resort displays, near its parking lot, the remains of a dug out canoe – once used to transport supplies. 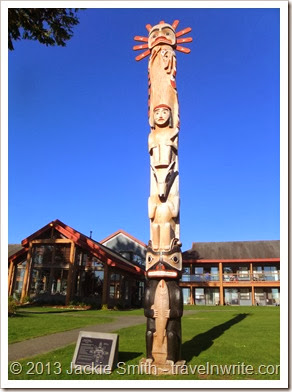 Another display – the totem pole – is a nod to the history of the First Nation’s people on this site. Back in 1970 the first buildings opened here operated as a residential school with 150 First Nation children in attendance. The school closed in 1981 and the site became a hostel and campground.

The resort, operated by the First Nations people, opened its first phase in 1991 and the second phase opened in 2002 which brought the guestrooms and suites available to 85.  It has an on-site restaurant (where we ate some incredible meals). 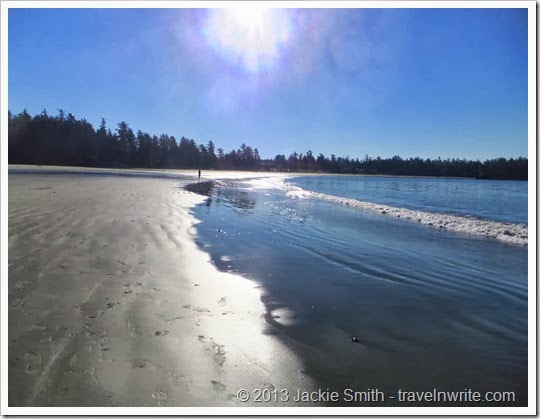 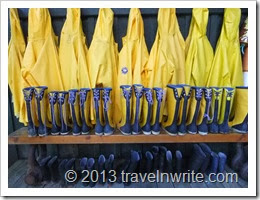 So, would we go back again?

We might. . .perhaps during some real off-season time. Low season is when the storms rage and wet gear is needed to walk the beach.

We usually prefer sunshine on our beach walks.  That could be why we headed to Honolulu last week where our room rate at the Marriott Waikiki Beach was less than in Tofino! (In some future post I will tell you about Honolulu's killer taxes and the Marriott's mandatory resort fee. Both equal ouch!)


That’s it for Travel Tuesday – hope to see you back here on Travel Photo Thursday! And then come with us during the next few weeks  as we sail the South Pacific heading to Oceania! It is Tuesday afternoon and we are some 700+ miles south of Maui - we cross the Equator tomorrow afternoon. . .a whole new travel experience headed our way.  More soon - just got internet access!
Posted by Jackie and Joel Smith at 7:27 PM