G’Day Mates from Down Under!

After an 18 day journey that covered more than 6,400 nautical miles we glided through Sydney Harbor Wednesday morning past the Opera House and docked at the International Terminal near the Harbor Bridge. The shadowy outlines of those two icons were  rather welcoming sights I have to admit! 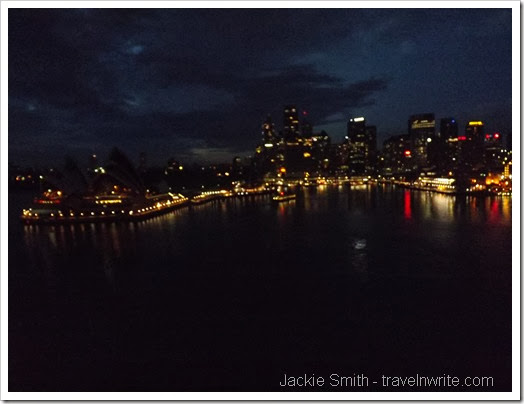 We arrived sunburned, wind-blown (probably weighing more than when we left) and about as relaxed as one could get before entering a coma state.  The waters of the Pacific and its winds kept us rocking and rolling at times – unlike the Atlantic crossings we’ve made, so we didn't get quite as much 'lazing in the sun' as we'd hoped, but still got plenty.

This was our longest voyage. All but six had been ‘at sea’ aboard the Celebrity Solstice – a floating home-away-from-home.  However some of our fellow passengers had boarded the ship back in Seattle and had been aboard for seven weeks!

One of the best parts of such long periods at sea are those travelers you meet and friendships that are forged along the way.  We have a wonderful new group of friendships that span the globe from Australia to the U.S. and on to Greece.  (Many of these folks make our travels sound like we are ‘stay at homes’ in comparison to their adventures.) 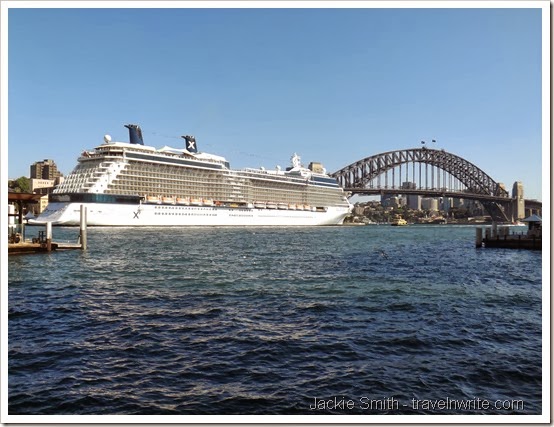 Our appreciation of the size and vastness of the Pacific Ocean has grown. It is amazing to go for days without seeing another ship, bird or plane.  I heard a siren today in Sydney’s early morning and realized it was the first I had heard for weeks. Although the ship was as modern as one could be, in the midst of that ocean there were times we had no television or internet signals . . . 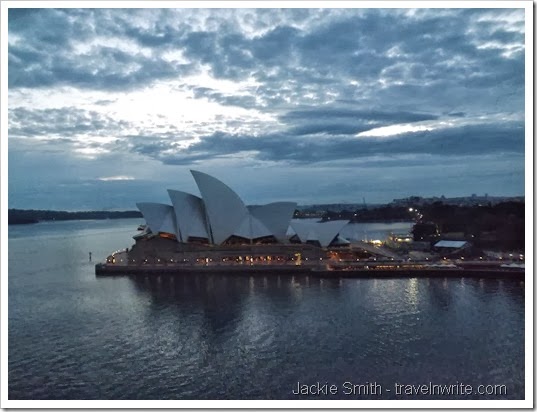 We were off the ship and settled into our room at the Marriott Harbourside Circular Quay before 9 a.m. – a record for smooth disembarkation and check-in (20 minutes from start to finish).  We hit the deck running and covered nearly 10 miles of the city yesterday and a similar amount today.  Tonight (for those of you who didn’t see my Facebook post) we are attending a performance of the musical, South Pacific at the Sydney Opera House pictured above.  So our journey continues. . .

It was sad seeing our ship set sail last night as it begins its South Pacific season. I’ve taken loads of photos and have Tales of the South Pacific to tell you after we get home and settled back into the Northwest – until then we wish you safe travels and hope this post finds you well. That’s it for Travel Photo Thursday!
Posted by Jackie and Joel Smith at 10:18 PM