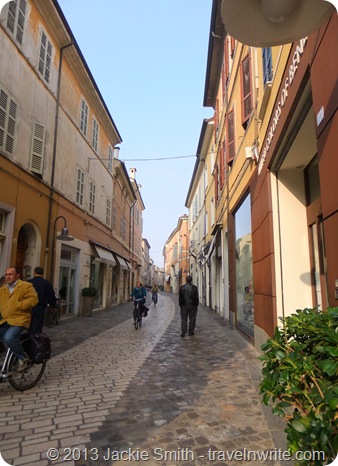 ~ just the two of us touring Ravenna, Italy  on our introductory visit.  You know the kind. Strolling with no real destination in mind just content to be together, surrounded by such history and beauty. 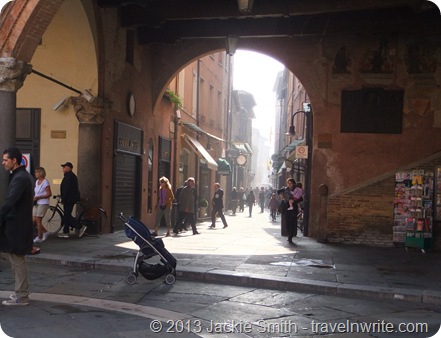 As the late autumn sun rose higher in the sky, the streets began filling with people – travelers and locals alike – in this capital city of the Province of Ravenna in Italy’s Emilia-Romagna region. 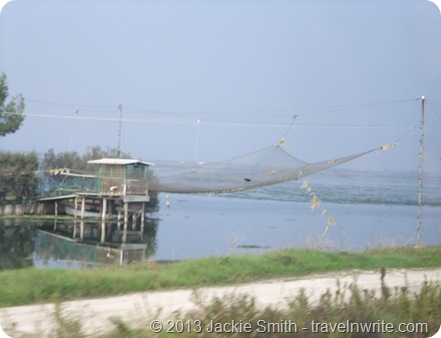 Ravenna is an inland city connected to the Adriatic Sea by the Candiano Canal (pictured above). It was one of the last ‘ports of call for the Celebrity Silhouette; the ship we’d sailed from Rome through the Mediterranean and Adriatic seas last October.  A steady stream of buses transported cruisers  like us from the ship to the city on a route that followed the canal. 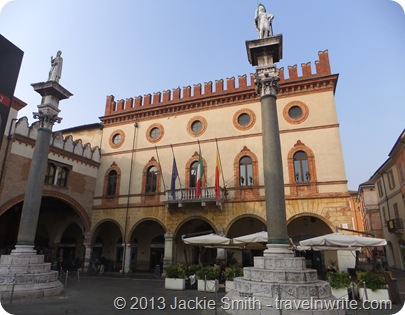 From 402 – 476 Ravenna was  the seat of the Western Roman Empire. . .then the capital of the Ostrogothic kingdom. . . that gave way to the Byzantine Empire. . .and then the Kingdom of the Lombards. And the list continues. . . 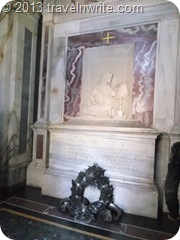 For those of us who love reading and writing as much as travel one of it is notable  attractions is the resting place of Italian poet and philosopher, Dante Alighieri, author of “The Inferno” (the city is mentioned in Canto V).

What we will likely remember the longest though about our visit to this city steeped in history was the stop at the Basilica of Saint Vitale, which is considered one of the most representative examples of Byzantine architecture in the world today.

(By this point in the trip we had seen a number of mighty impressive cathedrals but this one was simply jaw-dropping both for its size and its décor.) 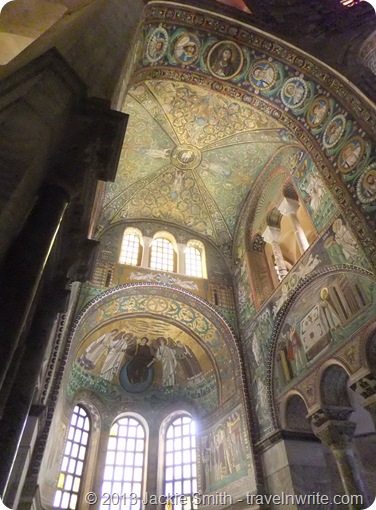 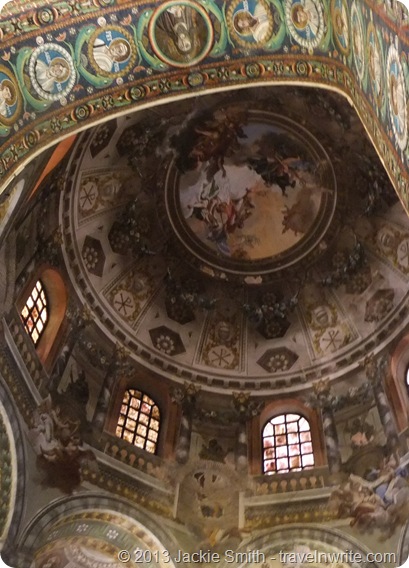 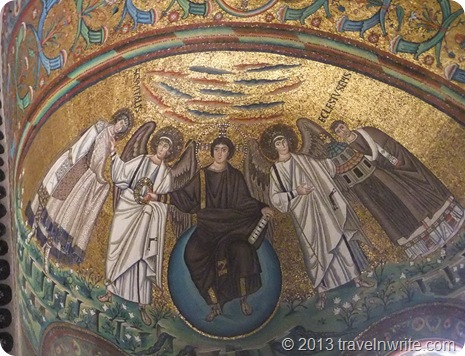 So many mosaics cover the walls, floors and ceilings that it would take weeks of repeated visits to absorb the story each tells; their various themes from the Hebrew Bible or what Christians call the Old Testament.  Some mosaics highlight Emperor Justinian I with his court and his Empress Theodora with her attendants. 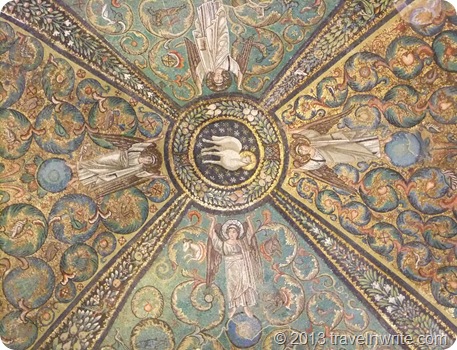 The mosaics were commissioned by Archbishop Maximian 546/556 A.D. 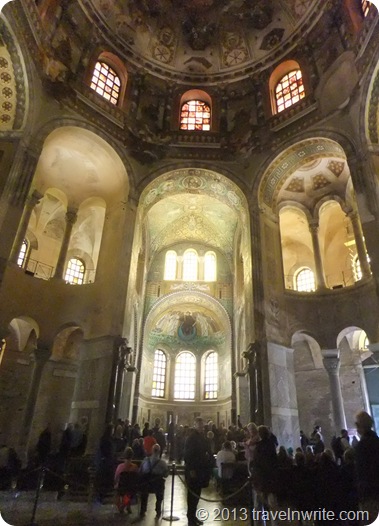 The church had been closed earlier in the morning for services but when the doors opened, camera-snapping visitors filled its every nook . Yet there still remained a collective hush not unlike those moments before a church service starts as we absorbed the grand interior. If felt almost as if we, too, were attending a service.  Maybe we had been ~ each of us in his or her own way?

That’s it for this Travel Photo Thursday. Head over to Budget Travelers Sandbox for more photos. And we send our best wishes to all of you who are celebrating Easter this weekend!

And If You Go: 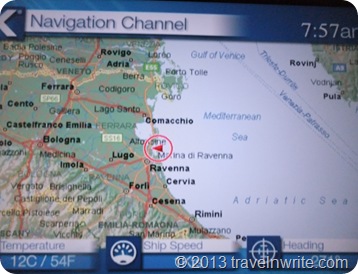 Hours and entry fees for the Basilica can be found at: www.ravennamosaici.it

Ravenna  annually hosts the  Ravenna Festival – one of Italy’s premier classical music gatherings. Opera performances are held at the city’s Teatro Alighieri and concerts take place at the Palazzo Mauro de André as well as other locations like the Basilica of San Vitale.
Posted by Jackie and Joel Smith at 8:48 PM