Travel Realities: The Other Side of the Postcard

“Do you ever write about the bad stuff. . .or do you ever experience any bad stuff?”

The question has been asked more than once of us.

In reality, we  haven’t experienced any real ‘bad stuff’ –  lost luggage, small rooms, cranky people, schedule changes – are irritations, but not ‘bad stuff’ in our book. 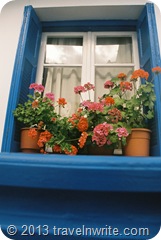 Yet, we probably are guilty of focusing on the  pretty side of the postcard when writing of our travels. We’ve not spent much time on the flip side, the one on which the human message is written.

Our travels -- particularly in Europe --have given us a chance to see the other side of the post card; particularly the graffiti and the protests.

Those images on the flip side of the card aren’t the picture-pretty tourism shots, and we don't focus on them but realize  it’s important not to forget them either. Today we remember: 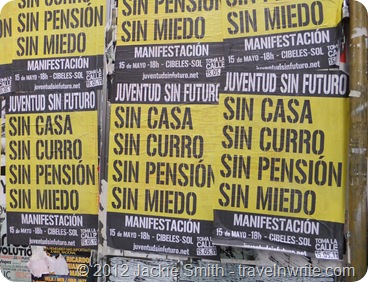 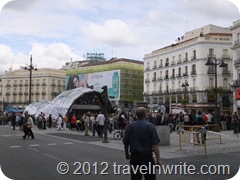 In Madrid, Spain posters announced a manifestacion (a protest) that would ultimately fill the Plaza del Sol with such numbers of unhappy Spaniards during our stay that we ultimately quit going through the square but took back streets to avoid it. We weren’t particularly afraid of going through the gathering but just as we avoid emotionally-charged groups of protesters at home, we do so on our travels as well. 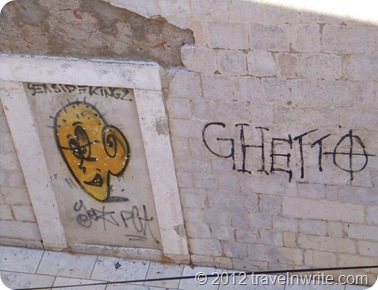 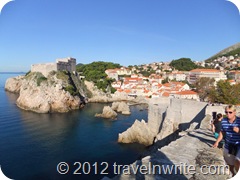 From the top of the Old City wall’s of Dubrovnik, Croatia we had spectacular views like that to the right, but also far too many views of graffiti marred historic buildings like the photo above.

Graffiti artists had struck nearly every building here – even those where owners had painted murals to decorate the metal security doors that are pulled down and locked each night. 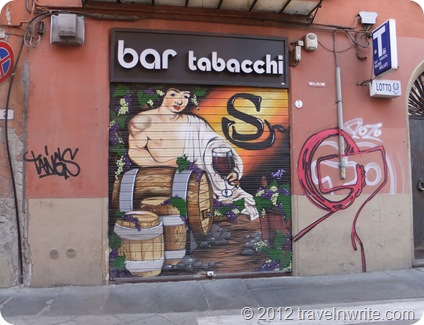 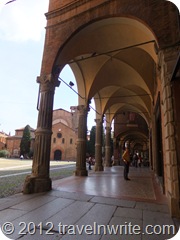 And while we loved this Italian city and hope to return one day soon, we’d be less than honest, if we didn’t mention the smell of urine that filled the air as we strolled through some of its famous arcades (and there weren’t that many dogs. . .let your imagination do the rest)

As we began our day-long explorations last fall the ‘welcome parade’ was a protest march – again by another unhappy group. 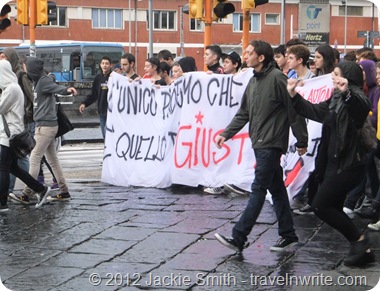 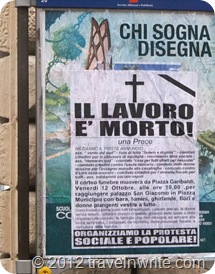 In fact, it is always interesting when we see the notices and the signs being carried. . .prompting this basically monolingual pair to wonder what all the unhappiness is about?

One of the more interesting protests we encountered was a group of unhappy teachers who’d set up their protest camp inside the massive Cathedral: 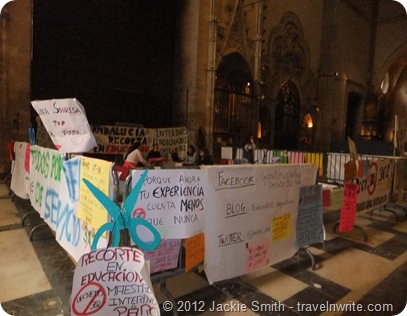 Even Venice was not immune to graffiti vandals who tagged walls where ever they saw fit: 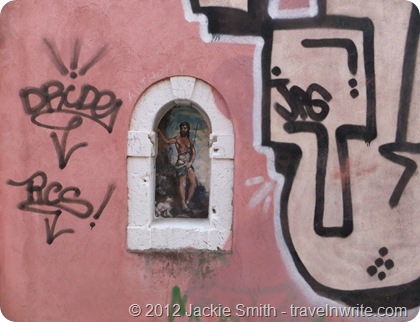 Where the  tram was so graffiti covered that it almost appeared to be a mural. . . 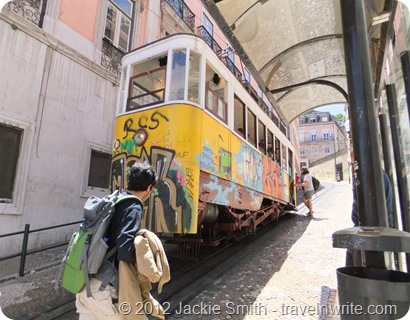 Where faux-blood, red paint was splattered near the sign of the Syrian Embassy when we went past one morning. . .and gone by the time we returned a  couple hours later. 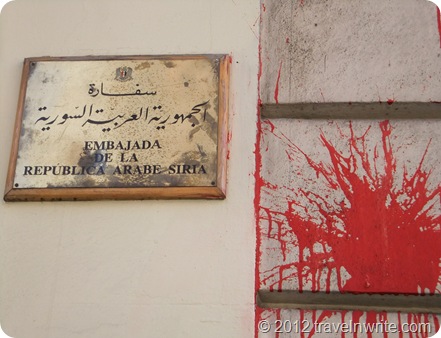 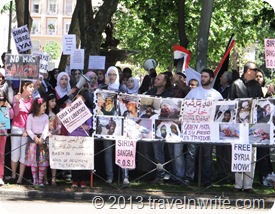 And  the protestors who lined the street near the Embassy the day before. (Just down the city street firefighters had set up a protest camp).

I wrote that first portion of this post prior to our arrival in Honolulu, Hawaii last week.  It would have ended there, but we’ve got a post script to that postcard now:  We spent three nights with this view of Waikiki – the postcard view, you might say: 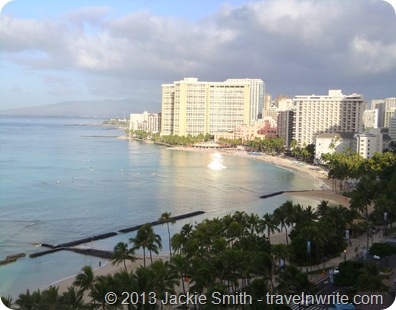 Saturday night as we walked back to our hotel, we sadly witnessed a fight between two street people; one who was using his leather belt to whip the bare upper body of the man who’d challenged him.  By the time we got past, they were grappling on the ground as sirens of the responding police cars could be heard. Three of the police cars were below our room for some time.  Just last night a police chase in Waikiki ended in officers killing a soldier, whom they were unable to otherwise restrain.

Yes, we’ve come to realize there are certainly two sides to the postcard. What have you learned from the other side of the postcard during your travels?

And that’s our contribution to Budget Travelers Sandbox’s Travel Photo Thursday.  Head over there for some additional armchair travel.  Hope you’ll visit our Facebook page as well. And come back again real soon.
Posted by Jackie and Joel Smith at 10:10 PM