Tuscany’s Most Romantic? That’d be Cetona!

The Scribe suggested the town Frances Mayes has made so famous, Cortona.

The Scout wanted something closer to Rome’s cruise port.

That’s why we set out from Bologna without a destination that October morning on a drive through Tuscany that led us, at day’s end, to. . . 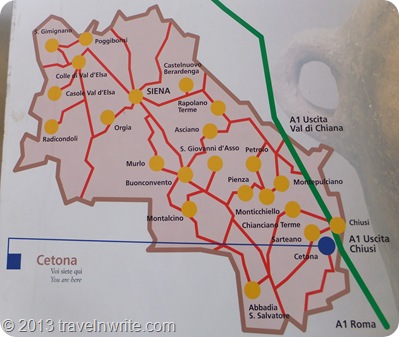 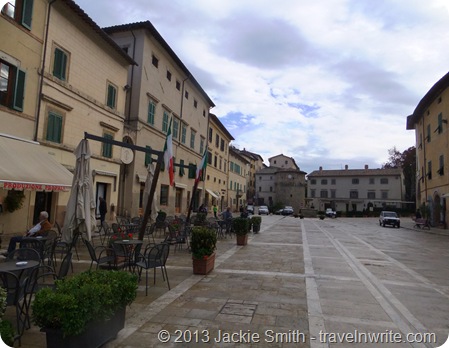 It was late afternoon when we pulled up to the side of the town’s 16th Century main square, Piazza Gariboldi.  As with other Tuscan towns, the square that time of day was  empty but for the handful of park benches where the old ones had gathered; clad in their drab ubiquitous black and gray garments, nearly blending in with the muted colors of the stone. We provided a brief bit of entertainment as they focused on us – obvious newcomers -- strolling toward the hotel (the building - we thought - at the end of the Piazza.) 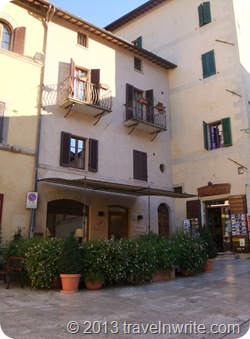 The hotel actually to the side of that building, on this late-season date had a number of rooms available including the one featuring – what we later realized – seemed to be the only balconies in town.

And they became our wrought-iron ‘viewing stands’ where we spent a great deal of time during our two-day stay.


There really is something about that Tuscan Sun when its late afternoon rays illuminate a balcony on which you stand, overlooking a medieval village you’ve happened upon by chance. 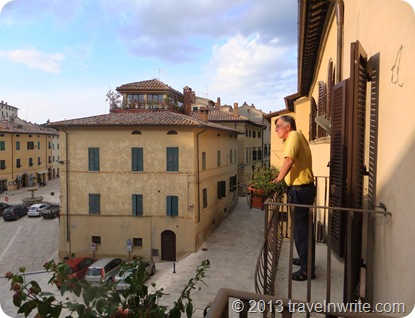 This small hamlet sits in the shadow of Mount Cetona; the surrounding hillsides and valleys are lush with cypresses and pine trees. No wonder, as we were to learn, it’s a favorite  getaway for Romans escaping the pace of the big city. 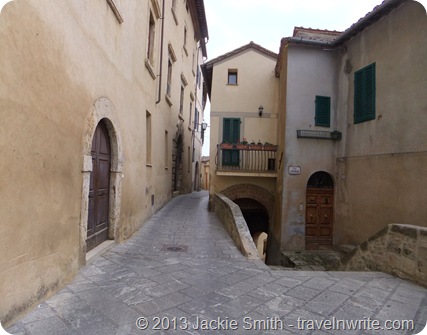 We explored its empty narrow streets that seemed to squeak between centuries-old stone work. . . 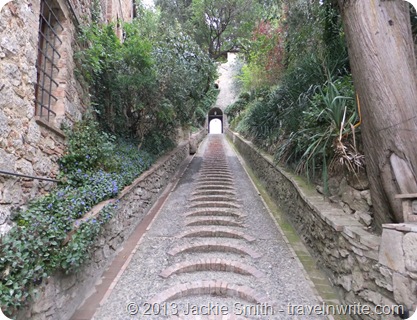 We pondered who climbs these steps up into in the privately-owned medieval fortress, la Rocca, that dates back to 1556, the time of Cosimo I de’Medici, Grand Duke of Tuscany. 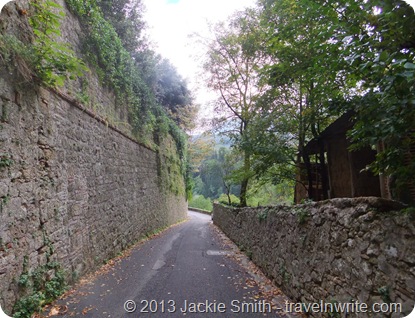 We followed the narrow walled roadway out to view the valley; a green carpet with red tile roofs highlighting its design. . . 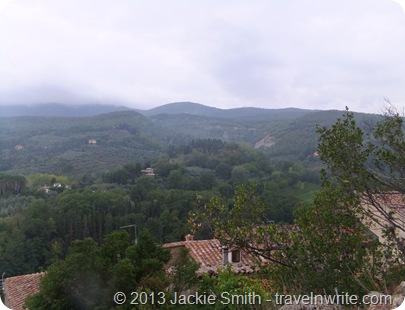 As the day came to an end, we’d join those other ‘old folks’ who returned to the square for entertainment and we’d watch ‘the boys’ gather for their game of cards. . . 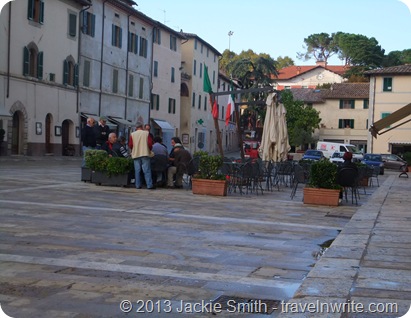 And then came the time to forage for food and drink. . .luckily our hotel was footsteps from Cantina La Frasca, a shop and tasting room of Podere Tre Case. . . 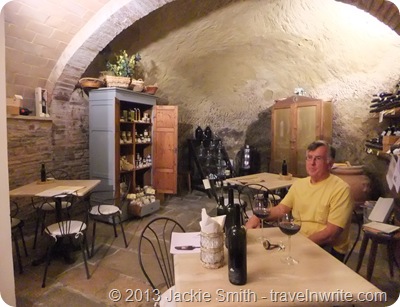 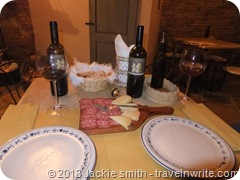 We sipped Tuscan wine tucked into in a room, resembling more wine cave than room, while visiting with the winemaker’s wife – a broken English-Italian  conversation punctuated by laughter. 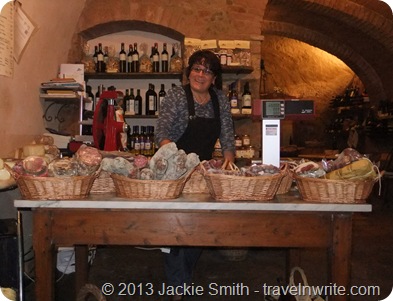 For each of our two evenings we dined on salamis, cheeses, olive oils and fresh breads that she prepared and served.

Even with slow walks, daydreaming, and napping we couldn’t stretch our time here – it simply went far too fast in this magical corner of Tuscany. Not wanting it to end, we strolled to the little bar where the boys had earlier been playing cards. 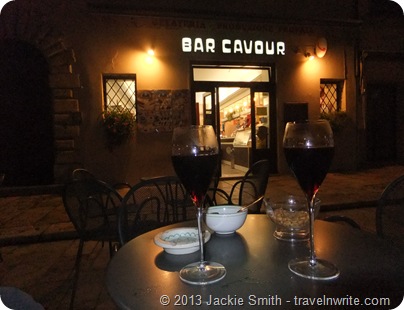 And in the darkened, empty Piazza Garibaldi, toasted this fairy-tale town with a vow to return.

This is our entry for Carnival of Europe hosted by Aleah Taboclaon of Solitary Wanderer. This series theme is "Most Romantic Places in Europe"  so click the link to see what other travel writers are recommending.
Posted by Jackie and Joel Smith at 6:50 PM

Email ThisBlogThis!Share to TwitterShare to FacebookShare to Pinterest
Labels: Cetona, Most romantic cities in Europe, Tuscany