Raindrops and Rainbows~ Sunshine and Snowflakes

I sat reading a book Thursday evening in front of the fireplace as rain lashed the windows and the wind howled outside our adobe casita  - winter was announcing its arrival in Scottsdale, Arizona.

It was time for High Plains Drifters to head north.  We’d lucked out on the weather since our arrival the weekend after Thanksgiving as most of our days had been sunny and unseasonably warm in Arizona. As we headed out of town Friday morning  Black Mountain near Carefree was hidden behind a thick cloud cover.

Scottsdale roadways were covered in places with water and desert sand that had washed across the asphalt.

We would follow a route  that took through the small hamlet of Wikiup, past Hoover Dam and loop us around Las Vegas  as we headed to Highway 318 which would take us. . . on a near magical journey through Nevada’s Great Basin.  If you’ve never visited this stretch of country we highly recommend adding it to your bucket list.

One of its many highlights is about 90 miles north of Las Vegas,  the  8,400+square-mile Paharanagat National Wildlife Refuge, which was created in 1963, to provide habitat for migratory birds, especially waterfowl. The lakes and marshes are a rare sight in this part of Nevada. 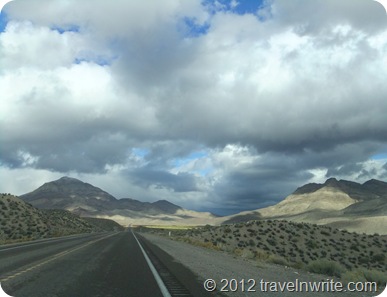 Our plan was to reduce our travel time from four nights on the road to three – if road conditions permitted.  So far, so good, we thought. 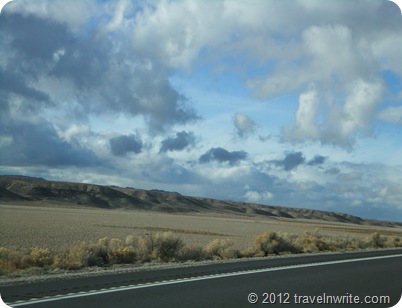 From expansive vistas to winding our way through towering cavernous walls we sped north. . . 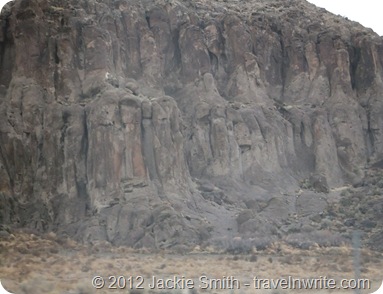 We planned to spend our first night in Ely, Nevada, a small community where mining provides the economic foundation, where the third generation pharmacist works in the independent pharmacy that opened in the 1940’s and where the County Courthouse that belongs in a Norman Rockwell painting, serves three of the sparsely populated counties around it. 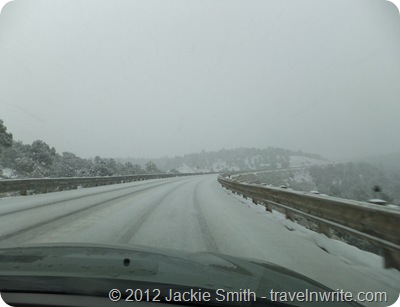 It wasn’t until we were within minutes of  Ely, that rainbows and raindrops and sunshine gave way to snowflakes.  As we crossed Murray Summit, elevation 7,312-feet (more than twice as high as Washington’s Snoqualmie Pass) we encountered the first snow of the trip. Luckily Ely was only minutes away. . . 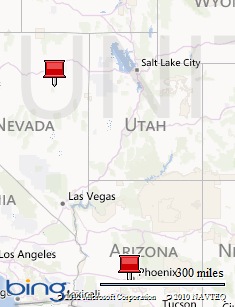 Eight hours, 609 miles later we concluded Day One’s in Ely –  I'll take you there later this week and then we’ll set a course north through Oregon as we wind down the Winter Western Roadtrip.
Posted by Jackie and Joel Smith at 10:19 AM