Arizona: Falling in love with an old charmer

The old charmer had won our hearts more than a year ago and back then, we’d barely met. This year we spent the night together. . .it only solidified the love affair. 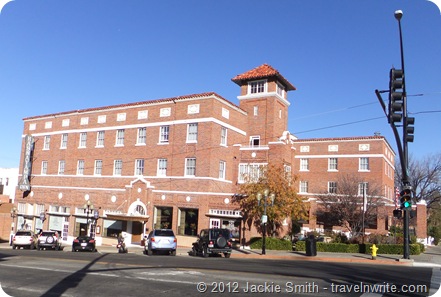 The High Plains Drifters wound our way through the Pacific Northwest, through Nevada, and into Utah before reaching Arizona on the third day of the Winter Road Trip.

Our destination was Prescott Arizona’s Hassayampa Inn – the old charmer that we’d been smitten with since we walked through it more than a year ago.  Luckily, The Scout found a Saturday night $129 rate (free parking and Internet) which assured us we’d be spending our last night on the road here. 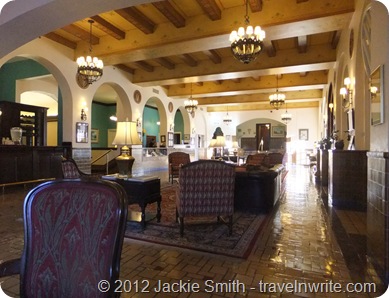 The 78-room, four-story hotel, at the time it opened in 1927 was one of the few hotels in the country to begin as a public institution – more than 400 stockholders had purchased shares of stock at $1 per share to fund its construction and furnishings. 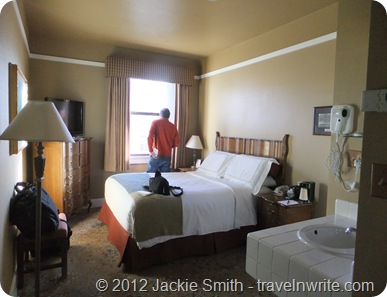 Back then, bathrooms were down the hall, but a multi-million restoration in 1985 resulted in numerous modern conveniences, including en suite facilities in the now-67-room hotel but didn’t take away the old-time charm of staying in them. 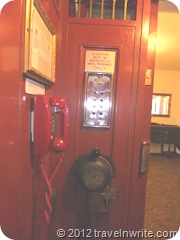 It also sported the town’s only elevator – which is still in use but operated by hotel staff.

Once the cage rattled itself closed around us in the 1927 vintage elevator and we took off with a jerk, I felt much better having someone who knew what they were doing at those controls. Although that red phone. . .hmmm, wonder what it was used for?

The hotel is in the heart of this university town, some 90 minutes north of Phoenix. It’s name is the same as the  Hassayampa (haw –saw-yahm-paw) River, just north of town. It is an Apache word for “the river that loses itself” or “the upside down river.” The 100 mile river sinks below the surface only to appear a bit further away. 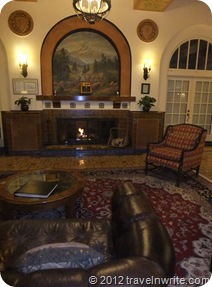 Back in its heyday Will Rogers, Clark Gable and General Blackjack Pershing were among its guests. In recent years Tom Selleck, Joan Rivers, Alec Baldwin, The Beach Boys and George W. Bush have been on its ‘who’s who’ list.

They’ve undoubtedly admired the Talavera tile fireplace, the etched glass, the hand-painted ceiling, the leather couches and Castilian walnut furniture just as we do each time we entered the lobby. 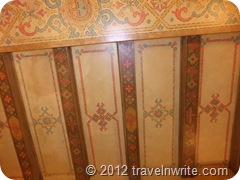 At the time the Inn opened it was heralded as the grand jewel of Prescott.

We think it’s still quite a gem! 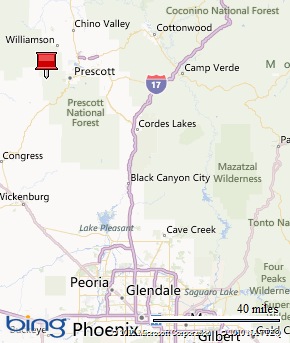 Thanks for visiting this Travel Tuesday – hope you’ll come back regularly! On Thursday we’ll step back from the road trip and reveal the identify of the guest chef on our fall Celebrity Silhouette cruise. . .you’ll never guess who it was!
Posted by Jackie and Joel Smith at 7:12 AM