TPThursday: A Return to the Retro Auto Court Resort

These types of resorts were scattered across the United States during the 1920’s, 30’s and into the 40’s.  The automobile had opened the door to travel and Auto Court Resorts were often the destination.

There were 22 of them on Washington State’s Camano Island and more than double that on neighboring Whidbey Island. 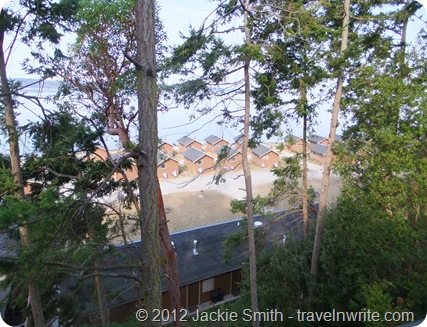 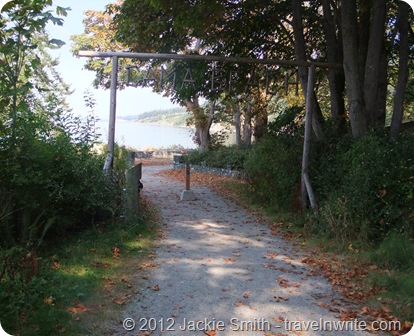 Thanks to the generosity of its previous owners, the foresight of our State Parks Department and a devoted group of more than 200 volunteers Cama Beach State Park is keeping this segment of travel history alive.
‘Cama Beach – a Sportsman’s Paradise’ as  it was known when it opened in the 1930’s is Washington State’s newest park, having opened in 2008. 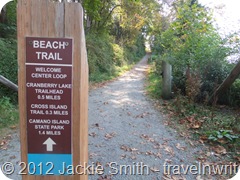 Back in its heyday, a motorist would have driven this road down the hillside to the resort.  Now it is one of the many hiking trails in this 433-acre park.  There’s even a trail through the wooded hillside that connects this park to Camano Island State Park, one mile to the south. 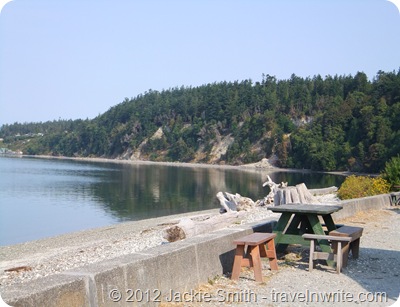 If one tires of woodland hikes, there is more than a mile of cobbled (small stones, not sand) shoreline to explore along the resort that fronts Saratoga Passage. 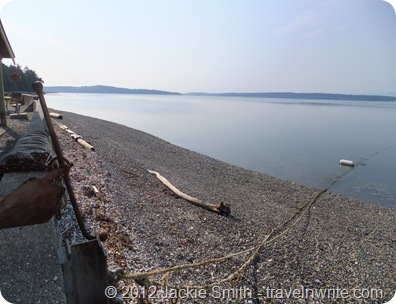 While common sense tells you there’s a modern 21st Century out there, here you feel as if you’d time-traveled back to a less hectic world thanks to the efforts of countless volunteers, the park staff  and a partnership between the Park and the Center for Wooden Boats in downtown Seattle. 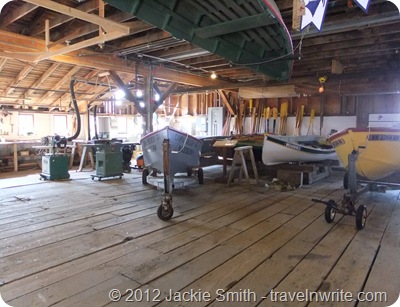 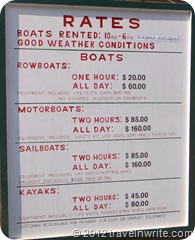 The Center for Wooden Boats has turned the resort’s original 1950’s boat house into a hub of activity. Boat rentals, boat building, boat repair – if it is boat related, it’s likely scheduled to be taking place here.  In fact each Saturday there’s a special toy boat building class for the small fry - they each take home a wooden boat that they created. 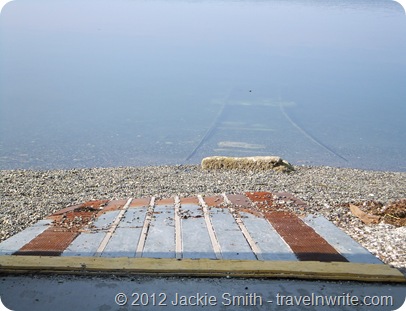 If you look closely at this photo you’ll see the original boat skids used to move boats in and out of the water.  (There are plans afoot to bring the old skids back to life and with the enthusiasm that surrounds this place, I have no doubt it will happen). 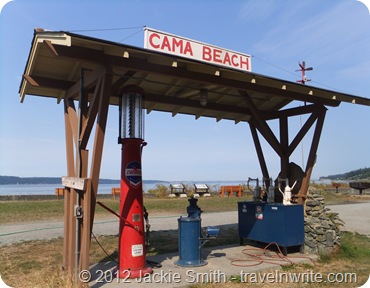 While electricity provides modern comforts like heat and refrigeration in the cabins, and WI-FI and internet can be accessed at the Cama Center up on the ridge, the cabins and bungalows that line the water’s edge are retro in both look and feel. No phone, no television.   The original gas pumps are on display having been restored by volunteers.

One building houses a Museum and store where old-fashioned bubble gum and ice cream bars are popular items and there’s a puppet stage and puppets available for do-it-yourself shows. 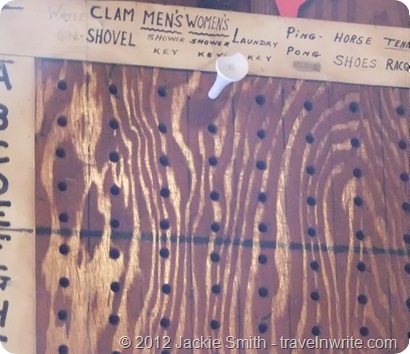 The peg-board above is from the original resort. Equipment that was available for checkout is listed at the top, the cabins along the side. When you used something a golf tee was inserted by your cabin. When you returned the borrowed items, the tee was removed. If it stayed, you paid! 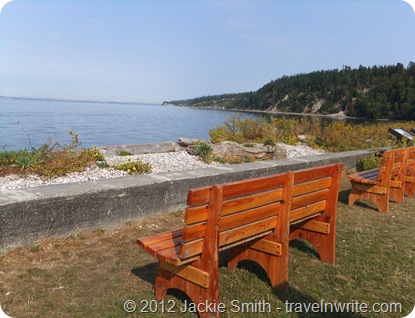 You can rent boats, kayaks, hike, or do nothing but watch the day turn into evening on one of the many viewing benches. When evening comes you can head over to one of the fire pits for impromptu story telling and sing-a-longs that still take place. 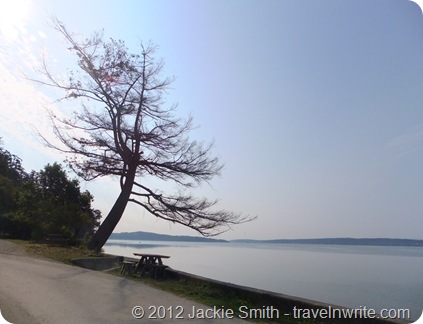 That’s it for this week’s Travel Photo Thursday. Pop over to Budget Travelers Sandbox for more destinations today. We are in Milan, Italy so for those of you following our adventures in the Land of Pasta, stay tuned. . .the tales start soon! 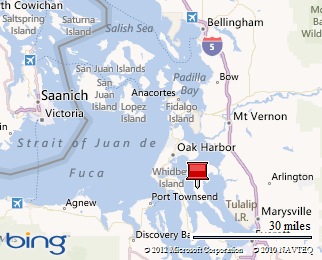 The State Park (retro resort) is open year round. It is a 90-minute drive from Seattle.  Follow Interstate 5 north, head to Stanwood and road signs to the park are prevalent.
Visit the Cama Beach State Park website for rental rates, accommodation information, Discover Pass information and directions, or call 360-387-1550.
Posted by Jackie and Joel Smith at 11:03 PM