“Novel destinations” have enhanced our travels through north central Arizona. Using the recommendations from so many of you, we’ve started some armchair explorations of Arizona. Today I’ll tell you about a few of them as we head out to north eastern Arizona. . . 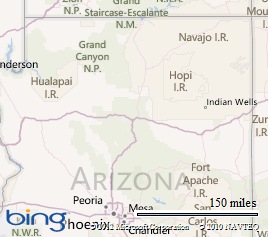 . . . land of the Navajo, Hopi, and Hualapai Indian Reservations.


Lieutenant Joe Leaphorn of the Navajo Tribal police – a character created by award-winning writer, Tony Hillerman introduced us to the Reservation.

With the help of the delightful owner, I selected a couple of used paperbacks from a towering stack of Hillerman’s books on display at Bent River Books and Music, 1010 N. Main Street  in Cottonwood, a small town not far from Sedona.


Thankfully, Hillerman’s  got more than 35 years of writing under his belt and a few dozen more adventures waiting for us now that we’ve discovered this New Mexico author.

I am almost embarrassed to admit that in addition to never having read Hillerman, we’d also not experienced  -- until now --the writing of Louis L’Amour, the author of some 89 novels set in America’s frontier – perhaps his best known being the Hopalong Cassidy series. (Photo is from his website which can be accessed by clicking his name above.)


I chose at random, The Haunted Mesa, from a bookstore at the Phoenix airport. The story based on the disappearance of the Anasazi, or 'ancient enemy’ as the Navajo called them – it is so engrossing that I can barely put it down.  And I’ll certainly be reading more of his books – soon.

I must thank a clerk at Barnes and Noble Bookstore in Scottsdale for suggesting Phoenix Noir, a collection of short stories by contemporary authors set in or near Phoenix. It is not a book I would have purchased had it not been recommended – it is dark.  The stories aren’t those that appear in tourist publications, yet it was one of the best books I’ve read this year because it gave me a look at the ‘other side’ of the city. I read them in short doses and let each story percolate before moving on to the next.

Phoenix Noir is part of a series of books published by Akashic Books; all are noir (dark) short stories and the dozens of cities in which they are set stretch across the globe from Seattle to Barcelona.

This post kicks off a new monthly feature at TravelnWrite – our Armchair Adventures. They require you pack nothing more than a book to your favorite chair.  If you have a ‘novel destination’ to be included in future posts, send it our way.
Posted by Jackie and Joel Smith at 4:21 PM