Remember me? I’m the one on whom ‘explosives [were] detected’ during a random check at SeaTac Airport in January.

It was my hand lotion’s glycerin, we think. I now fly high, but dry!

And remember us being held in that ‘secure area’ of Iceland’s Airport after I passed with flying colors the the ‘random security check’ for which, by lucky draw, I’d been selected?

We weren’t alone; nearly three dozen other bewildered passengers bound for the U.S. were not ‘allowed to mingle’ until the plane boarded.

With both those experiences fresh in mind, I was a bit hesitant to apply for the U. S. Customs and Border Protection’s Global Entry Program, for international traveler; the one that, in turn, qualifies participants for the T.S.A.’s PreCheck, domestic trusted travelers program.

Global Entry is a program that requires completion of an extensive on-line application and payment of $100 application fee. If, following a background check, conditional approval is given, then an in-person interview at a local CBP office is conducted. Fingerprints are taken and processed and photos taken during that interview.

If approved, you use a kiosk when re-entering the United States, rather than waiting in those long lines to get the passport stamped and go through Customs inspection.

PreCheck allows approved passengers, whose backgrounds have been checked, or those in Global Entry, to use check-in security lanes that no longer require removing shoes, belts or jackets and allows leaving laptops and liquids in the bags. Instead of the controversial x-ray machine, travelers walk through a metal detector (like the early days of security). 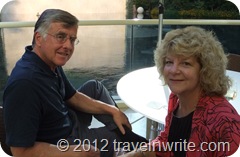 We completed the application form in early March, paid our fee and waited. By the end of March we’d  received notice of ‘conditional approval’ and set up in-person interviews with CBP officials. In our case, the closest office was at SeaTac Airport.

In early April we were interviewed; each asked a series of questions, were finger-printed and had photos taken that would appear on an identification card we’d be issued if approved.

The finger prints were apparently ‘run’ while we were there as approval was given to each of us before the meeting was over. We were taught how to use the kiosk. Our ID cards arrived two weeks later. 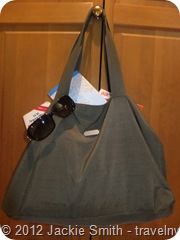 We used the Global Entry kiosk at San Francisco’s airport when we returned from Mexico. It was a snap – no lines, no wait time. In and done.

We’ll experience PreCheck at SeaTac next week when we head to Phoenix.  For the first time in many years I am looking forward to  check-in.

A Note to Naysayers

There’s been a  lot of critical comments added at the end of on-line media articles about this program. Critics call it a program for the ‘elite’ who can pay for a speedy security experience.  The cost, was $100, good for five years. That’s $20 a year. If you can afford to buy the ticket and other trip costs you likely can shell out an additional $20 a year for ease of check-in.
Some claimed the streamlined check in security isn’t thorough enough.  I can tell you that based on the questionnaire and interviews, our government knows far more about Joel and me now than they did when simply examining our bare feet in the airport x-ray machine.

The program guidelines also make it clear:  random security checks will be done in this new speedy program just as is done in all check in lines.

Sigh. We know my luck in being drawn for those random selections. . .

Note:  I’ve included links above that take you to the Global Entry and TSA PreCheck sites if you want to know more about either of these programs.  Are you already participating? Leave a comment and let us know how it is working.
Posted by Jackie and Joel Smith at 10:11 AM