Traveling and Writing ~ Love and Legacy 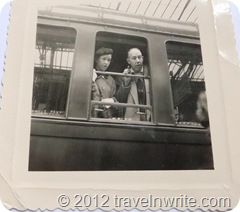 Following their April 8th arrival in Italy and a few days spent with friends on the Riviera; they boarded a train in Chamberey, France bound for Milan, Italy.

(photo of the Spulers departing France)

In Milan they purchased two Lambretta scooters, (earlier versions of the one pictured here), 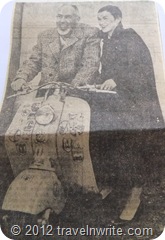 Phil (who never used her given name, Phyllis) and Dean  had met in the late 1940’s  while students at San Jose State College in  California;  both worked on the campus paper, the Spartan Daily. Times were tough, money scarce. Romance bloomed, they married and began their careers at the paper now known as the Yakima Herald-Republic in Central Washington State.

It was at that paper, in the early 1980’s, that as a ‘cub reporter’, I worked with -- and became friends with -- the Spulers. They were the seasoned professionals and as such, mentors, in a newsroom bursting with several other near college-age journalists. They’d returned to the newspaper at the conclusion of their European adventure (and stayed until their retirements). 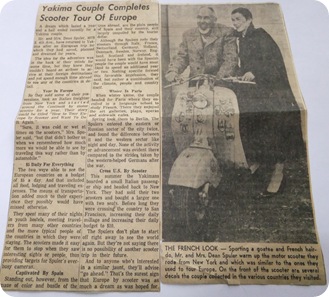 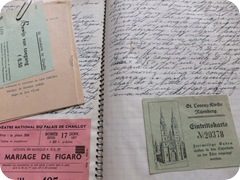 Our friendship grew over three decades and during that time their travels – although shorter and more luxurious than their Europe trip – included cruises and excursions to foreign lands. They drove “dune-buggies’ through the desert surrounding  their Arizona retirement community until age and health slowed them. Then, they told us, they lived vicariously through our travels. 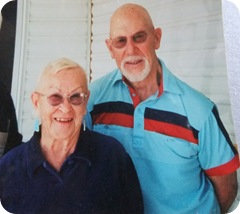 Prior to their deaths – now, a few years ago – they set forth their wishes to help other journalism students at their alma mater, San Jose State University.  Since then we’ve had the pleasure of working with the university to make that happen: Each year two scholarships are available to journalism and photojournalism students. They endowed an annual symposium. 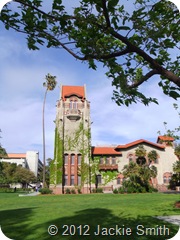 Author’s note: I wrote this post after returning from a whirlwind campus tour of the media and journalism department at San Jose State University this week. Joel and I attended the 4th Annual Spuler Ethics in Media Symposium, we visited the college newspaper and magazine. We met inspiring and enthusiastic professors and students.

Our two-day visit concluded with meeting this year’s journalism scholarship recipient; a soft-spoken, dedicated young man, Francisco Rendon,  former editor of the  Spartan Daily paper and now a contributing writer to it.

When we asked of his future plans. He told us he’ll be writing for an organization in Israel.   Travel and writing. . .we know  Phil and Dean Spuler would be delighted!
Posted by Jackie and Joel Smith at 7:28 AM