We set out on one of our famous spur-of-the-moment road  trips last week, heading north to explore parts of Canada’s Vancouver Island.  We’d spent far too much time at home – it was time to sneak in a brief summer road trip and what better way to do it than on the water! 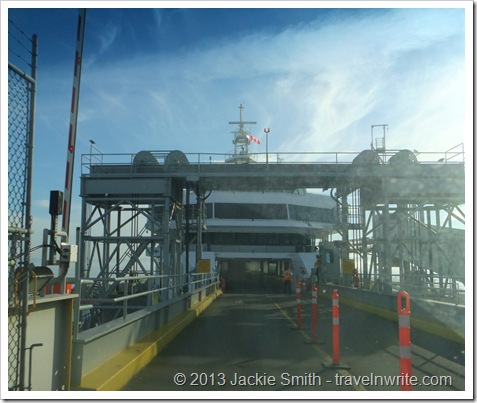 We set our direction late Saturday and by Sunday  afternoon we were on the road heading some 130 miles north of  our Kirkland home, crossing the border into British Columbia and hopping the ferry from the mainland’s Tsawwassen to Nanaimo on the island’s east coast.


We could have taken the passenger only Victoria Clipper from Seattle to Victoria but would have then needed to rent a car to see as much of the island as we planned to visit.

Or we could have taken the Washington State car/passenger ferry from Anacortes which would have deposited us in Sydney, B.C., also on the island's east coast. 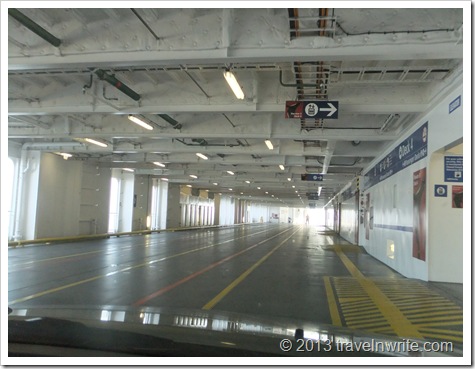 But we were headed to Nanaimo – a bit further north; our gateway to the Pacific Rim Highway – the route we would take to the island’s reputedly wet, sometimes wild, west coast. The ferry was not inexpensive – the fare for the car and two passengers was $82.55. We'd also paid an additional non-refundable $18.50 to make a reservation, assuring ourselves of a spot on the gigantic boat. Not only did we not need to worry about getting on the ferry, we found ourselves the first car in line!  Now, how often does that happen? 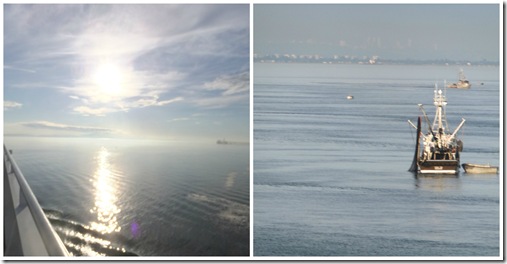 On the just more than two hour ferry ride, we pa 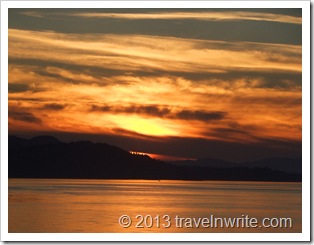 ssed a gathering of fishing boats, saw a stunning sunset and then watched that always amazing way ferries glide into their terminals; this one some eight kilometers outside Nanaimo. 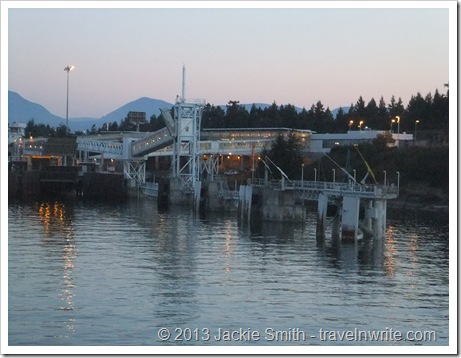 If you are in the United States or Canada, you are probably thinking that name, Nanaimo (na-NYE-moe, by the way) sounds familiar.  You recognize it as dessert bars – yes, Nanaimo Bars are named for this town. But there is so much more here than a famous confectionery creation! Come back next Tuesday when we’ll show you  “Nanaimo: Beyond the Bar”. 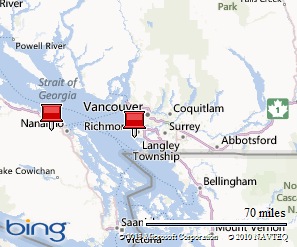 British Columbia tourism information:  www.hellobc.com
Posted by Jackie and Joel Smith at 8:37 AM