Sometimes even the shortest of trips can replenish the soul and renew the spirit. Our road trip last week through America’s Pacific Northwestern states,Washington and Oregon, did just that.

Because we live in the fast-paced, high-rise, high-tech corridor of Washington’s Puget Sound area (3.5+ million people; more than half the state’s population) it is easy to forget there really are places where life’s focus isn’t the newest computer application or transit route.

Today, in honor of the Fourth of July, America’s Independence Day, I want to share some scenes from our journey: 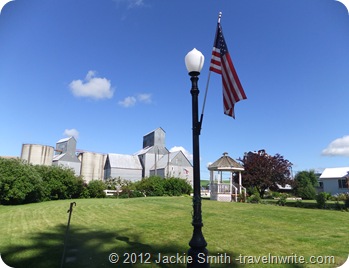 Grain elevators in the background and the gazebo at
Rosalia, Washington. Population 627. Founded 1872. 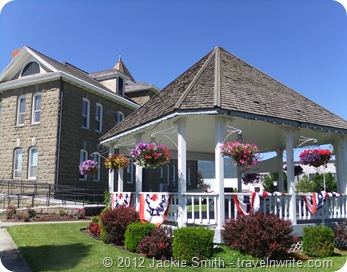 The county courthouse and gazebo at
Enterprise, Oregon. Population 1,895.
Incorporated 1887. 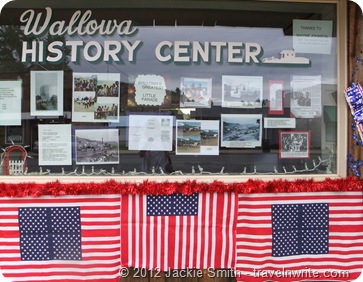 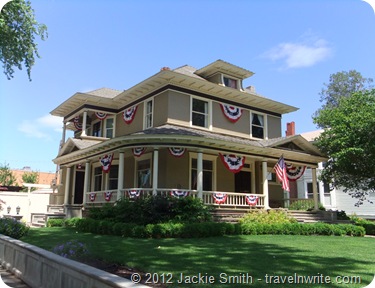 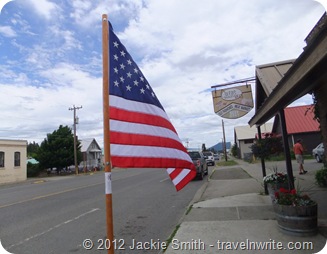 To those of you celebrating the Fourth of July, where ever you may be, we send our wishes for a day filled with family, friends, and patriotism.  Please join us  tomorrow on Travel Photo Thursday when we’ll take you to Wallowa Lake and its historic Lodge.
Posted by Jackie and Joel Smith at 6:35 PM