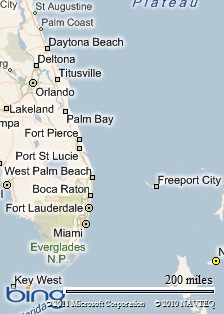 We’ll soon be saying Hello to Hollywood. . .Florida that is. This Hollywood is snuggled between Fort Lauderdale and Miami way down there on the state's southern tip.

We’ll be snuggled between the Atlantic Ocean and Florida’s Intracoastal Waterway at the Hollywood Beach Marriott thanks to  Joel, who found another of  ‘those deals’ for which he’s famous for sniffing out.  And of all places; he found a hotel deal on the timeshare website I’ve mentioned before, Interval International.

We checked calendars, noted the gray skies that darken and dampen our Pacific Northwest spring and it took no more than a matter of minutes to book a few extra days in Florida sunshine: the departure point for our Great Spring Adventure.

Our ‘boutique-style’ hotel, as its web site tells us, is on the city’s famous Broadwalk (yes, it is a ‘Broadwalk’) that has been named one of the best beach ‘boardwalks’ by Travel + Leisure Magazine.  We plan to keep the D2G alive with daily walks along the 2.5 mile brick walkway .

It is also close to Port Everglades from where our Celebrity ship will set sail for Barcelona. 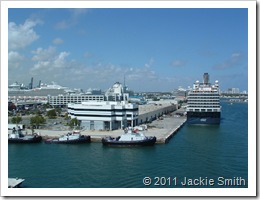