TPThursday: Jewels of the “Emerald Empire"

Our recent road trip took us through an area of Washington State that guide books call “The Palouse” (pah-loose) or sometimes, the Inland Empire. 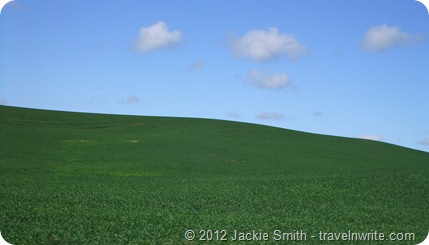 A more appropriate title – at least this time of the year – is The Emerald Empire because for as far as one can see, its gently rolling hillsides are carpeted in emerald green. 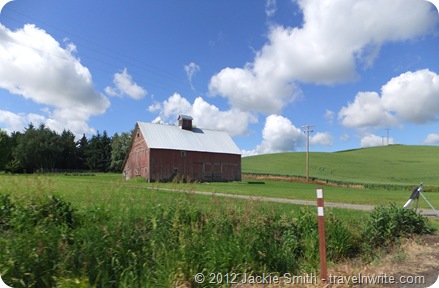 The Palouse, my Emerald Empire, is one of America’s largest agricultural areas growing wheat, barley, dry peas and lentil crops. 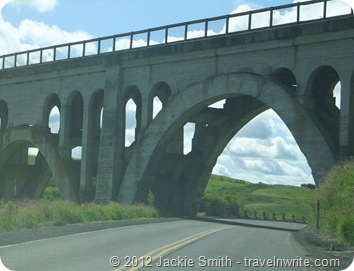 We followed a road less travel through the Emerald Empire; an almost empty-now winding two-lane road - the old State Route 195 – that led us to and past some of the state’s best, but little known, travel jewels. 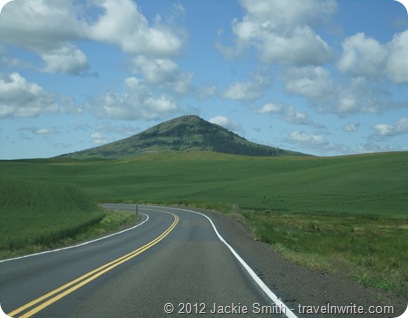 Jewels like Steptoe Butte and its surrounding 150-acre State Park. Once called Pyramid Peak this 3,612-foot butte was named after Lt. Col. Edward Steptoe, who along with 156 men of the Regular Army suffered a major defeat against a contingent of Nez Perce, Cour d’ Alene and Spokane Indians here. 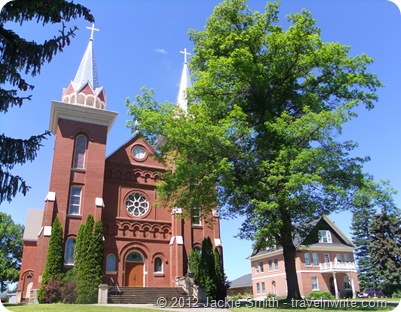 In Uniontown, population 345, the church spires tower over the town. This church, St. Boniface, was founded by Father Anton Joehren – it is the first consecrated Roman Catholic Church in the state. 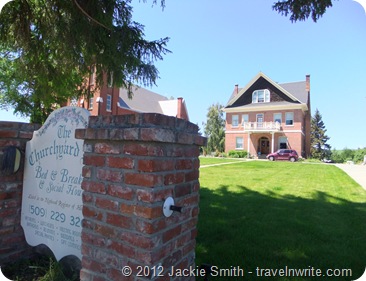 And that building to the right of the church is The Churchyard Inn Bed and Breakfast and Social House. (click the link to see interior shots). 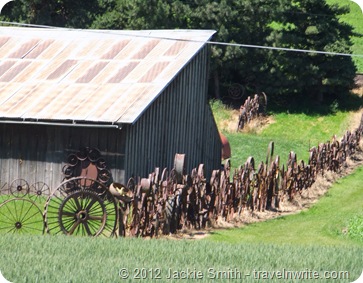 On State Route 195 just north of Uniontown we passed the Wagon Wheel Fence. My photo shows just a section of the fence that is made out of more than 1,000 antique wagon and tractor wheels. 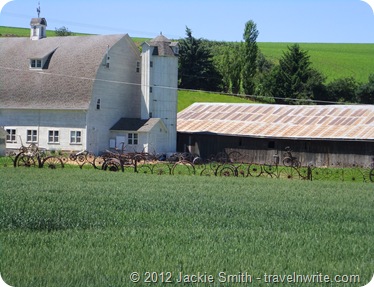 The fence borders the 1935 Dahmen Barn which has undergone an extensive renovation and now houses artist studios and galleries.  (click the link for more information on hours/artists). 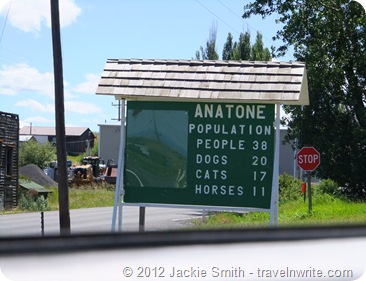 Our favorite jewels were the small towns themselves. One of the last we were to visit before entering Oregon was the unincorporated township of Anatone, where the welcome sign said it all.

Note:  We traveled but a portion of what is called the Palouse Scenic Byway, a 208-mile route over roads that follow long ago Indian and wagon trails and railroads. It is an area with a number of recreational sites and the place to go for biking, hiking, camping and fishing. For more information visit the website, Palouse Scenic Byway, or give them a call at the Chamber of Commerce, 415 N. Grand Ave., Pullman, 509-334-3565, 800-365-6948 (U.S. country code is 001).

If you missed last week's look at some of the other small towns we visited, click here. Next week I’ll show you some of our Oregon favorites, but now, it is Travel Photo Thursday so head over to Budget Travelers Sandbox for more photos.
Posted by Jackie and Joel Smith at 6:35 AM