Armchair Travels To Far Away Places

It is winter in the slice of the Greek Peloponnese we call home. Sometimes winter here can be as harsh in its wet and windy way as springtime and fall can be gorgeous.  After two blustery weeks we've concluded this might be one of those more nasty winters.

The rain -- admittedly, badly needed after the summer's drought -- has been making up for lost time. We've had very little of that Mediterranean sun in recent weeks. The wind gusts so strong that they can topple heave planted pots, often knocks out internet when we least expect it. In recent days we've kept the fireplace at the ready in case we lose power, which means we lose heat as well.

It is the kind of weather that calls out for a warm beverage and an armchair and a journey to somewhere exciting.  Thanks to the written word, we've taken some interesting trips of late without setting foot outside the door. Here are some of our destinations and the writers who took us to them: 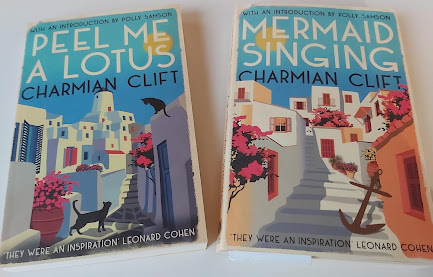 We journeyed back in time and to two Greek islands with books written by Australian writer, Charmaine Clift. Clift and husband, George Johnston, also a writer packed their bags in 1954, leaving post-war London to live and write on a Greek island.
Her first book, Mermaid Singing, tells of their life on the tiny island Kalymnos, known then as the home of sponge divers.  Not finding quite the life they were looking for they headed to Hydra and that story is told in her second book, Peel Me a Lotus.
They lived for almost a decade on Hydra and were key players in the informal bohemian community of writers and artists there, a group that later included Leonard Cohen.
You need not be an expat to enjoy these tales of life on Greek islands in the mid-20th Century. 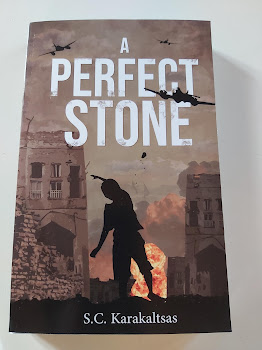 We headed back in time again reading in this historical novel by another Australian writer, S. C. Karakaltsas, The storyline going back and forth in time links the narrator, an old man, to his childhood  and the horrors it held.  A Perfect Stone is set in both in modern-day Australia and Greece during the time of its Greek Civil War, 1946 - 49. 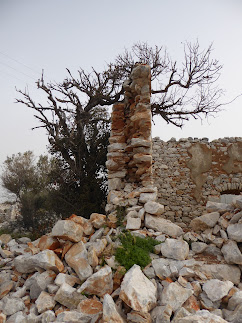 Anyone who has dealt with aging parents will appreciate this book as well as those who have an interest in Greek history. 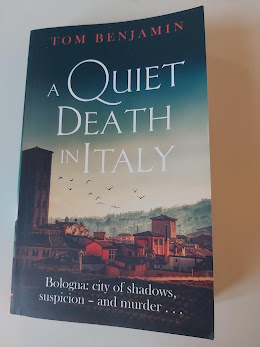 Yes, we've just returned from Italy and one souvenir I always bring back with me is a book about the place we are visiting, purchased from a real brick-and- mortar store there. Luckily Bologna, our first stop, is home to a university and has as many bookstores as it does coffee shops. It can be fact or fiction.
It was a murder mystery, A Quiet Death in Italy by Tom Benjamin that came home with us this time. It was such a page-turner that I've now ordered another of his books.  I was glad all we saw was the beautiful side of Bologna and not the sinister one we found in his novel although when the mist moved in at night and the streets emptied we could understand how he got his inspiration. 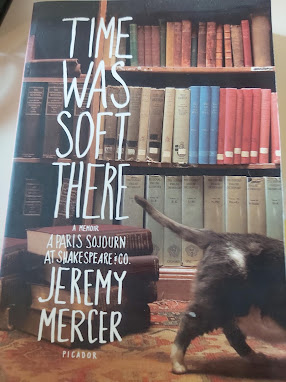 It has been far too long since we've been to France. We were supposed to go there last year but Covid took care of those plans.
So I got my shot of Paris by finally getting around to reading a memoir published in 2005 by a Canadian journalist, Jeremy Mercer, who found himself living at the iconic bookstore, known as Shakespeare & Co.   I found Time Was Soft There a somewhat far-fetched memoir, but then again, I wasn't there and truth is often stranger than fiction! 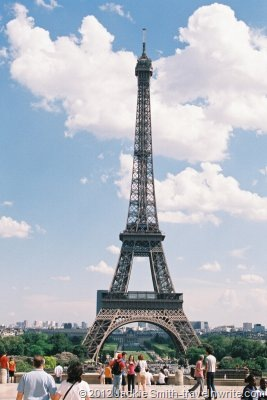 Located near Notre Dame, the bookstore is still popular (you can follow it on social media or order books from it on-line). The most fun would be shopping there. It is located at 37 Rue de la Bucherie. 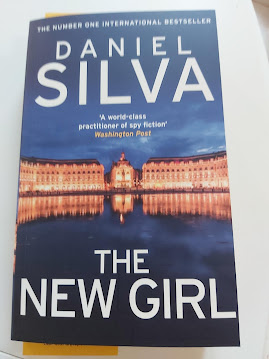 The Middle East serves as the basis of the narrative but this action packed spy thriller has taken us from France, to England, the United States and Spain.  Another page turner by Daniel Silva with such detail that sometimes you forget it is only a novel. . .
The clouds are darkening and it could be time to light that fireplace soon. So I'll sign off for this time around. Hope you'll be back for a bit of Italian train travel. . .and thanks for your time today!
And I haven't mentioned it for awhile, but signing up to receive our posts as emails, is a snap with our new distribution service.  So if you liked this and want to hear regularly from us, just head to the TravelnWrite  home page and fill in your email address! 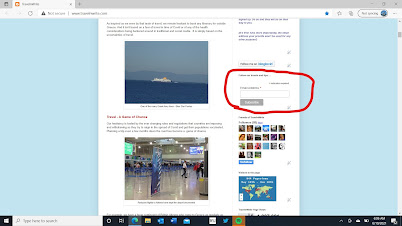 If you have some time how about telling us where you've armchair traveled to lately? We'd love to see some book recommendations from you!!
Linking with:
Through My Lens
Travel Tuesday
Our World Tuesday
My Corner of the World Wednesday
Wordless Wednesday
Friendship Friday Blog Hop
Posted by Jackie and Joel Smith at 7:03 AM