Death and dying isn't a typical topic for someone whose blog focuses on travel and expat life. But if I approach it from the standpoint of a journey, then it really isn't such a peculiar subject, is it?


As with all journeys, some advance preparation is required.  And preparing for this journey is no different. Well, it is different when it is done in Greece as we were to learn. . .


. . .We've oft-times been told since buying our Stone House on the Hill  (and again when we purchased Hi, Ho Silver, our Toyota RAV), that as property owners here we should have a Greek Will.

'It will just make it easier,' has been the explanation for needing a Will. Now while we aren't convinced of that, should the plane go down or other disaster strike us both dead at the same time, but we finally decided to hedge the bet and do it.


This year seemed a good year to tackle that somewhat morbid task as we were already up to our ears in Greek bureaucracy. We'd made it through the paperwork required for our residency permit renewal and were stuck in Greece waiting for our permits.  We were also searching for the documents required to comply with a Greek government directive to file a cadastry (land survey and registration). So, why not take the stack of paper work a bit higher we asked ourselves and set about our task.

Before you can write a will you need to know what you want done with the property. And that was a dilemma:  to whom should we bequeath 'our daydream'? 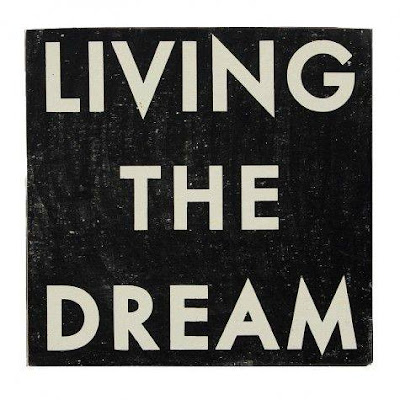 Daydreams are wonderful things but we had to be honest: how many others see our Greek property as a daydream?  We thought about our small and scattered family (the members of which are still trying to figure out what time zone we live in let alone giving thought to visiting us there). While many friends have ventured to Greece to visit and proclaimed us to be  'living the dream' a few have added they could 'never do it'.

So our daydream would undoubtedly be their nightmare should they find themselves beneficiaries of it.

After doing a quick Google search of the topics of inheritance and second homes, we were comforted in finding we are not alone; similar dilemmas are being experienced by many boomers.  Those folks who chased their dreams and who own second homes, vacation property -- even those with timeshare ownership -- have been roaming the web seeking guidance on what to do with those properties so that family or friends aren't saddled with some unwanted inheritance.


And there seems to be a lot of us out there:

** The last U.S. Census reported that vacation home ownership had grown by 27.7% in the period between 2000 - 2010 as one million new cabins and cottages had been reported as vacation/second homes.

** The U.S. Social Security department reported in 2016 that half a million U.S. citizens receiving Social Security benefits lived outside the U.S. (I suspect a good deal of them own property and are probably dealing or dealt with the inheritance dilemma.)

In general, the articles advise simply selling the property. They point to the sudden responsibility of paying for taxes, insurance, maintenance and travel to the property as likely being cost prohibitive for the beneficiaries. In all likelihood that is the route most, including us, plan to take. But our Greek Will is designed for the "Bam - You Are Both Gone!" scenario.

To Write a Will. . .differently

With decisions made that will keep all family and friends from being saddled with unwanted daydreams, it was time to write our Wills and I mean that quite literally.  We'd opted for the 'simple' Will. 'But, of course', as we say in Greece, 'Is anything simple here?'


First, we had to hand-write a Will on a sheet of lined notebook paper in Greece. No typing. No computer print out. CURSIVE writing. . .you know, that means of written communication that isn't being taught anymore in some schools in the U.S.


Once our Wills were written, we visited our attorney who in turn translated them into Greek. She then visited the right government offices to have them stamped as accurate translations. Then it was to be a simple matter of going to the Notary in the village and filing them there.  We would each be issued  a number which the survivor or our Executor would present to the Notary when the time comes to dispose of our property.

The Notary (a quasi-judicial figure in Greece) is in the village two days a week. She conducts business in a second floor apartment-turned-office on Mondays and Thursdays. So on a hot summer Monday morning we made our first visit. There is no waiting room so we joined others sitting or standing on the stairway leading to the office-apartment. The Notary was so busy, we were told to come back that afternoon.


Back we went. This time we made it to her bedroom-turned-office. The walls are lined with shelves of official document holders.  Here records of land purchase, cadastres and Wills are kept. She speaks little English and we, far-less Greek.  But we understood we would need to return Thursday as she needed to prepare documents in order for us to file the Wills. She told us we'd need to have an interpreter at our next meeting as the document had to be read and explained to us in English.

It was August - the month that most of Europe closes up shop and goes on vacation. We couldn't find an interpreter. Our meeting was moved to the following week when our attorney could join us and interpret the document.

We gathered in the office, and the documents were read and translated (only after our attorney placed her hand on a Bible and swore that she would translate the document honestly). Basically the three-page document said we were filing a Will. That number we needed was on each document though. They were stamped, initialed and signed. Copies given, copies filed.

We had completed the task, yet I wondered for awhile how anyone would know we were dead if that plane goes down or the car crash happens.  Then I thought, even in Greece 'where there's a Will, there's a way. . .'


That's it for this week! Next week I am switching our focus to the other side of the world where we are making a part-time life and where there's all sorts of country just waiting to be discovered. As always, thanks for the time you spend with us ~ we do appreciate your interest in our adventures and misadventures in the ex pat world. Safe travels to you and yours ~


Through My Lens
Our World Tuesday
Wordless Wednesday

Posted by Jackie and Joel Smith at 9:37 AM