The last couple of weeks our travels on the U.S. stretch of the Road Trip to Greek Residency have felt a bit like we were contestants on some reality television show. We’ve raced to gather documents and then raced to destinations to have them reviewed. We’ve questioned ourselves – and our sanity – at each milepost along the way.

On the flip side, we’ve learned much. We’ll be armed with cocktail party conversation trivia for years to come. For example, we can now tell you about the 1961 Hague Convention. ‘The what?’ you are probably asking yourselves.

I was eight and The Scout 12, when the convention took place. We’d heard of it during our ensuing 60 years,but had no reason to care about what took place there. That is until this ‘road to residency’ brought us up close and personal with it.

It was the outcome of that convention that dictated our next stop on our somewhat twisting, turning ‘road to residency’ in Greece.

Recap for those just tuning in: We’ve decided that with two years of full-time home ownership and part-time occupancy in the Greek Peloponnese under our belts, we’re ready to apply for residency permits. The permits, similar to the U.S. ‘green cards’ grant residency and eliminates the inflexible 90-day in and 90-day out rule that applies to tourists.

Obtaining the residency permit requires several steps involving strict vetting of documents and interviews both in the United States and again after arriving in Greece. The documents presented must be current, i.e. the most recent bank account statements and such. So that means getting them issued as close to your departure to Greece as possible, while giving yourself time to pass all the required mileposts on the U.S. segment of the road trip.

While I sorted documents, The Scout organized the travel. 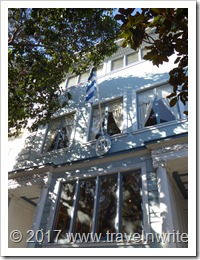 With the issuance of an ‘entry visa’ by the Greek Consulate in San Francisco last week, the real time clock started ticking. We’ve got a year in which we can apply for and hopefully be granted residency permit in Greece.

Before setting out for Greece, we had one more required trip in the United States.

And that brings us back to The Hague Convention. . .

That convention: resulted in the creation of apostilles – not to be mistaken for apostles!

‘Apostille is the documentary device by which a government department authenticates a document as genuine, thereby legalizing it for use in another member country under the terms laid out in 1961. Once a document has been ‘Apostilled’, thereby providing official government authentication of the signatures and stamps appearing on it, it is automatically deemed legalized for use in another member country.’
-- Greek Consulate web site

Some 82 countries – from Albania to Zambia -- participated in that Convention in 1961, which was called "Abolishing the Requirement of Legalization for Foreign Public Documents" and later known as the "Hague Apostille Convention".

Before immigration officials in Greece will review those same documents we presented in San Francisco we needed to get them apostilled. Each document must carry our government’s seal of approval before they will be considered legal documents in that country.

The Secretary of State issues apostilles – and only on documents that first have been notarized. Next stop on the road trip, our state capital, in search of the apostilles.

This segment of the road trip was undertaken yesterday -  one of the wettest, nastiest days in recorded history in the Pacific Northwest. It was a bleak 120+-mile day trip to our state capital, Olympia, Washington and back. 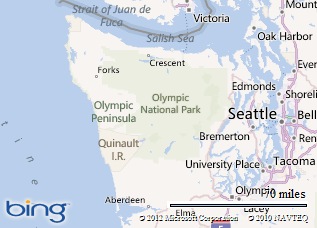 In fairness though, on a sunny day Olympia is a beautiful city. From it you can see our state’s stunning Olympic Mountain Range. It was that mountain range on the region known as Olympic Peninsula for which the city was named.

That mountain range got its name back in 1788 when a British mariner is said to have been so struck by them that he claimed they would be a perfect dwelling place for Greek gods. (Guess there is a tie-in to Greece after all.)

Subsequently, the state capital was named for them.

Olympia, a city of 40,000+, swells when our Legislature is in session. However the bad weather kept traffic to a minimum and we were able to get documents notarized and apostilled in a few hours time.


As we handed our stack of notarized documents to the staff member at the Secretary of State’s office, explaining they were for a Greek residency permit, she flipped through them and said, “Boy, they want to know everything don’t they?”

‘Yes, they do!,”  we replied, feeling a bit better at the thought someone else had noticed the quantity of information we’d gathered.

A short while later 18 documents had been apostilled at a cost of $15 per document, plus $50 for in-person service. Notarizing those documents had cost $125.

Our application packets are now official and ready to be presented to Greek authorities. We have the required entry visa pasted in our passports. If this were a reality show, we’d have made it past the first two rounds and are ready to enter the finalist challenge in Greece this spring. 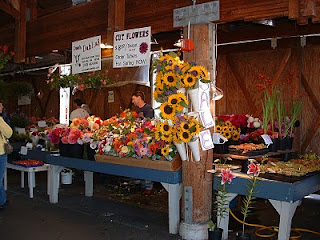 While we are off doing that, you might want to keep Olympia in mind as a summer travel destination.


Thanks much for being with us – you continue to be a great cheer and rally squad. Your words of encouragement have given us confidence. And the welcome messages from our Greek friends have made the effort even more worthwhile.  As always we appreciate the time you spend with us.

We all need a break from this road trip so next week I'll give you a laugh or two as I tel
l you about these two city slickers and their DIY projects in Greece. Hope you’ll be back with us!
Wishes for safe travels to you and yours ~

Linking up this week with:
Through My Lens
Our World Tuesday
Wordless Wednesday
Travel Photo Thursday
Photo Friday
Weekend Travel Inspiration
Posted by Jackie and Joel Smith at 8:42 AM