Hawaii: SPAM and Other ‘Ono Grindz’

One of the ways Hula Babe and Beach Boy ‘go local’ is by the way we eat!  But that can be said of us no matter where in the world we travel. Half the fun of travel is trying the local cuisine. 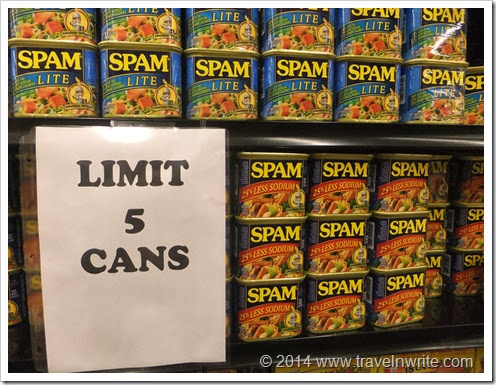 And there’s no bettah way, as they say here,  to get a taste of Hawaii than by eating some of the killah ono grindz and that includes, my friends, none other than. . .SPAM!

SPAM, its name derived from ‘spiced ham’ was the creation of Minnesota-based Hormel foods back in 1937. They came up with a recipe to use left over pork shoulder and an employee is credited with giving it the immortal name of “SPAM” as result of a contest. 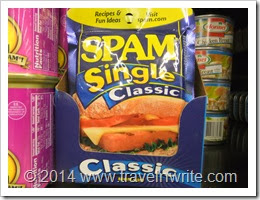 Despite what some of you may believe is in those ubiquitous cans, it is a mixture of ground pork and ham, with salt, sugar and other special ingredients.  It is cooked then canned and cooked again, then cooled in the can.

Of course, in Hawaii they have versions of SPAM we never see back home, like the little SPAM singles to the left.


In Honolulu they have an annual SPAM JAM event that spans several days in honor of this tasty treat. (Even at KoOlina, where we are, weekly SPAM carving/cooking/creating contests always draw contestants.) 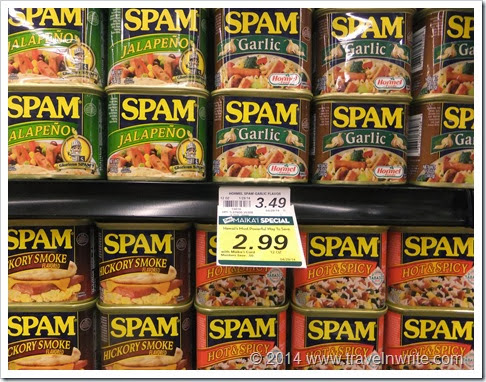 We were blown away by the varieties now offered – think Starbucks and its variations on a cup of coffee - compared to the original flavor,which many of us at this age recall eating in our childhoods.

Hawaiians consume more SPAM than anywhere else in the world, with Guam a close second, and South Korea in third place. (SPAM is sold in exquisite gift boxes and considered a luxury gift given for special occasions like Lunar New Year in South Korea, according to numerous mainstream media articles.) 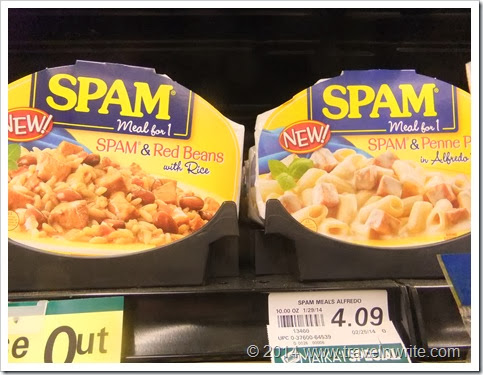 But man cannot live by SPAM alone, so another of our favorite Hawaiian treats is poke.  Pronounced, POH-kay, it is a Hawaiian verb, meaning ‘to section or slice’.  It is made of fresh fish -- okay you squeamish ones out there -- that is, raw fish that has been ‘marinated’ in a sauce or doused with spices.

Fresh ahi (tuna), shrimp, mussels in spicy flavors, soy or oyster sauce draw us to the massive poke bars at the local island supermarket, Foodland and even Costco offers a poke bar in the town of Kapolei.  Poke is traditionally served as a side course or appetizer, but we’ve often made entire meals out of two or three of these tasty treats. 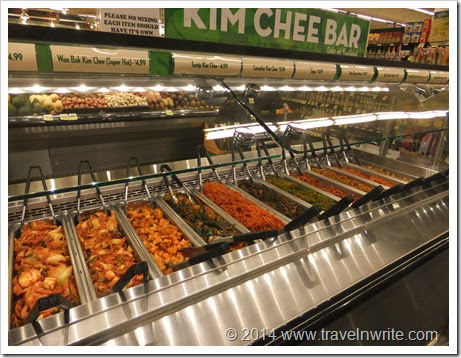 And then there is Kim Chee. also known as Kimchi and gimchi; some of our favorite Korean vegetable delights! These are fermented and/or pickled vegetables – spicy hot and usually served on a bowl of rice. Since we are cutting the carbs, we eat them as sides.  (Remember, finicky ones, sauerkraut is fermented vegetables as well). 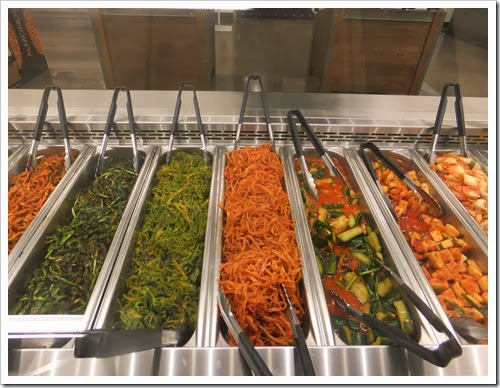 I almost worship this bar each time we enter our local store and never leave without a carton of the cucumbers in spicy hot sauce.

Hawaii is an international melting pot of culinary delights and we must give a nod to the Portuguese for bringing their hot spicy sausage to the islands so many decades ago. 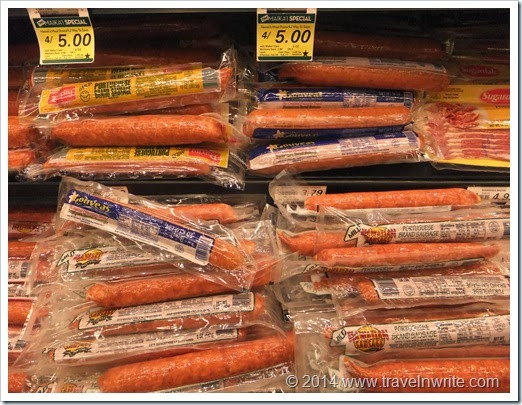 If you can’t bring yourself to try some SPAM and eggs for breakfast, you must try Portuguese sausage and eggs! 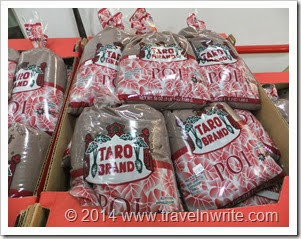 And then there is Lau Lau, a local favorite made of pieces of pork and butter fish wrapped in taro leaves and steamed.  (If you’ve ever been to an authentic luau you will have had this dish along with poi (made of taro) as your buffet selections.)

So do they really eat this stuff, you are probably asking yourself. Yes, we do. We buy the lau-lau ready made and steam it in its leaf wrappings as shown on the left, below. While it steams we put Kim Chee and poke on the plates. . .unwrap and add the lau-lau.

. . .a feast that would have even made Hawaii’s King Kamehameha proud!

That’s it for today.  Hope you have a great week and see you back here soon! We appreciate the time you spend with us and always look forward to your comments.

Linking up:
Inside Journey’s Foodie Tuesday
Posted by Jackie and Joel Smith at 9:53 PM