We’d not been to Las Vegas in more than a year and half and part of the reason was that from McCarran Airport to The Strip, it was becoming a comfortable -- but an almost too predictable -- travel experience.

Not so, this trip! What a difference a bit of time makes. . .

We had a slightly disconcerting moment as we entered the concourse from the jet way; had it not been for the slot machines, we would have almost thought we’d arrived at the wrong place.  There was nothing familiar or predictable, about this airport! 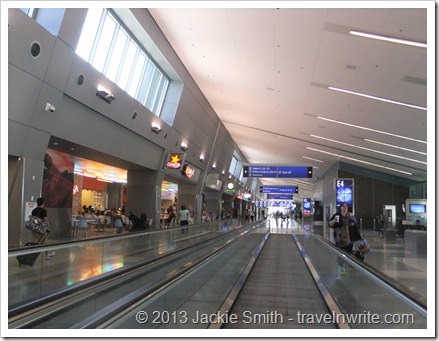 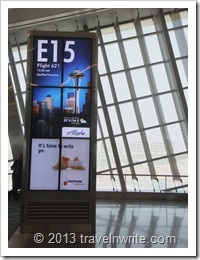 The new wing in which we found ourselves opened a year ago in July 2012.  Its now wide, sleek hallway is interspersed with moving walkways, retail outlets andtempting eateries.

There are numerous easy access points to  the lower baggage claim area and ground transportation. (yea!).


And The Strip also had several surprises including: 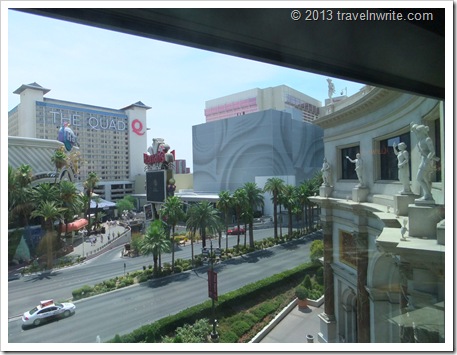 Where once stood the Imperial Palace Casino and Resort (across from Caesar’s Forum Shops), we found The Quad. From reviews on TripAdvisor it sounds as though the revamping of the old hotel is still a work in progress. For those of you who saw the Australian group, Human Nature, performing on stage there, don't despair. You can now see them at The Venetian.

To the side of The Quad, Caesars Entertainment is reshaping the the Vegas Strip with The LINQ, a 200,000 square-foot open-air retail, dining and entertainment district, anchored by what they claim to be the world's tallest observation wheel, known as the High Roller (that’s its beginning in the photo below).

Developers say “the High Roller at 550 feet and measuring 520 feet in diameter, will eclipse both the London Eye and Singapore Flyer. Facing north and south (parallel to Las Vegas Boulevard), the wheel will feature 28 glass-enclosed cabins that will unveil broad views of the famed-resort city in the 30 minutes it takes to complete one full revolution. Each cabin will accommodate up to 40 people and will be available for individual or group experiences.” 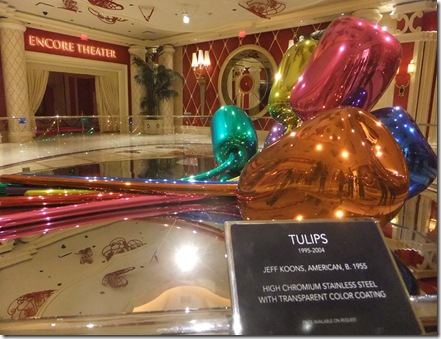 We even encountered this new centerpiece on display outside the Encore Theater, at Wynn/Encore, where we were staying. Some of you might recognize the piece by Jeff Koons, as the one that was previously on display outside Christie’s (Auction House) Gallery at Rockefeller Center, New York City.
The piece was made in five versions over a time period spanning 1995 – 2004 and is the culmination of Koons’ “Celebration Series”. Tulips, says the creator, are a symbol of spring, hope and fertility. 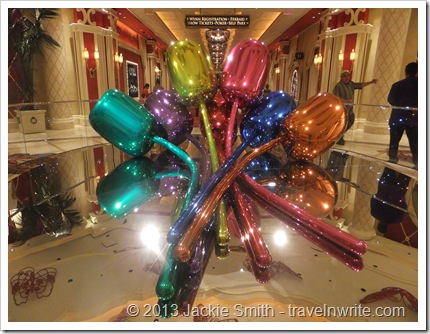 As the story goes (in the in-house Wynn Magazine publication) the piece was auctioned last November 2012 and the highest bid was from a telephone bidder by the name of Steve Wynn (owner of the resort). 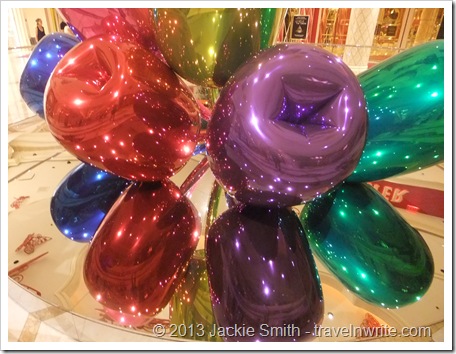 The small print on the sign in the first photo above says, “Price available upon request.”  We were told  that if it doesn’t sell, it will be moved to the rotunda of Cotai, Wynn’s new resort/casino opening in Macau, China. 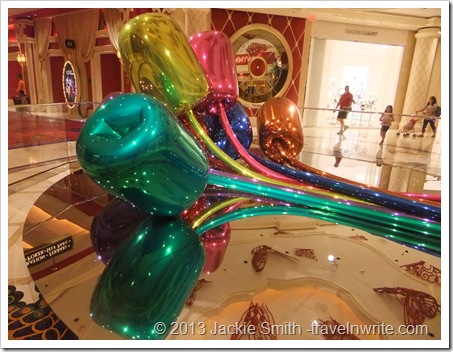 If you are interested in buying the piece, I should tell you, that we were also told that Wynn wants a bit more for it than what he paid.

By the way, if you do buy it, let him know that we sent you – it’s a gamble, but we might even get a free overnight stay (in Macau, we hope) as result

That’s it for this Travel Tuesday – thanks for joining us today. Hope you'll be back Thursday and  that you'll recommend us to others as well!
Posted by Jackie and Joel Smith at 5:32 AM