Just a ‘dash of Dubai’ to spice up the trip!

I was disappointed that we had only a few hours in Dubai – that fascinating, modern metropolis that sits in the southern Persian Gulf, a part of the United Arab Emirates – en route to Bangkok, Thailand.

We could have spent the night there instead of having a three-hour layover but still only a matter of a few more hours wouldn’t be enough to explore this city which ranks Number 1 in the world’s destinations by Trip Advisor’s 2015 Travelers Choice Awards.

So our stop was just a dash of Middle Eastern seasoning; a taster for what we have in store on the cruise with an itinerary that allows time in other exotic Middle Eastern ports. Even though it was a brief visit, it didn’t take long for me to utter my favorite, “We aren’t in Kansas anymore, Toto!”. . . 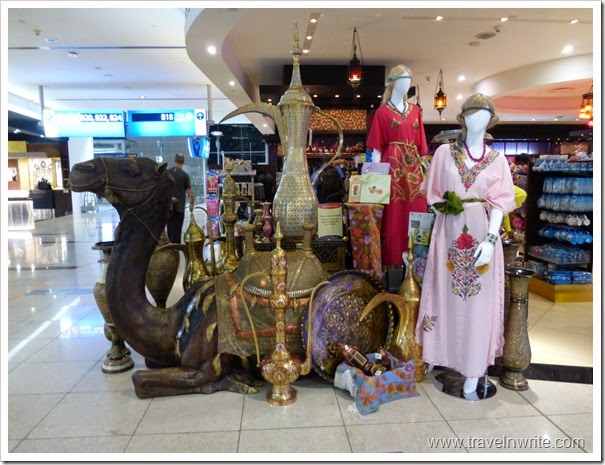 Just strolling through the long hallways of shops, was a clue. How often do we see camels in merchandise displays back home? 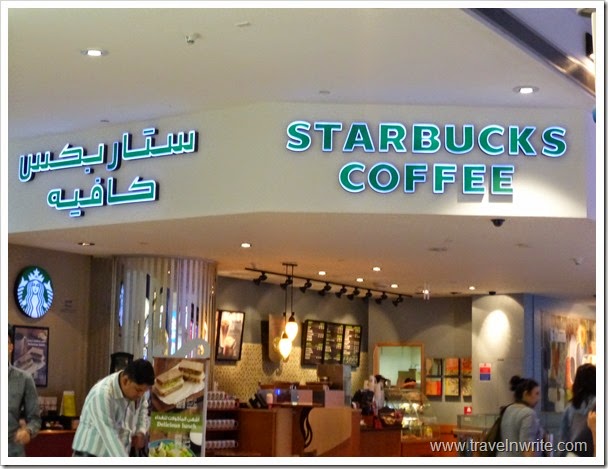 We hail from the Land of Starbucks (that would be Seattle for those of you not familiar with the brand – but is anyone not familiar with this brand?) This was the first of our ubiquitous coffee shops that we’d seen displaying the name in Arabic. We suspect it won’t be the last time before our trip is over. 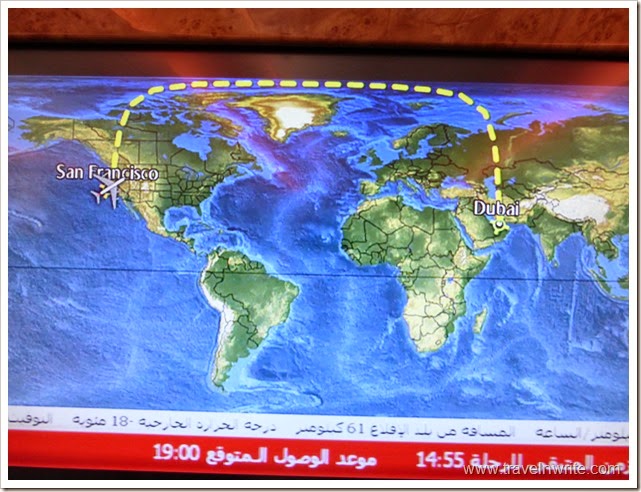 The airport, the sixth busiest in the world, is as sprawling as the city/emirate it serves.  We were forewarned that it could take 45 minutes to reach gates of connecting flights once we landed in the early evening hours.  By the time our flight to Bangkok left, the gate from which we were leaving seemed to be at the end of an endless – and empty – terminal. 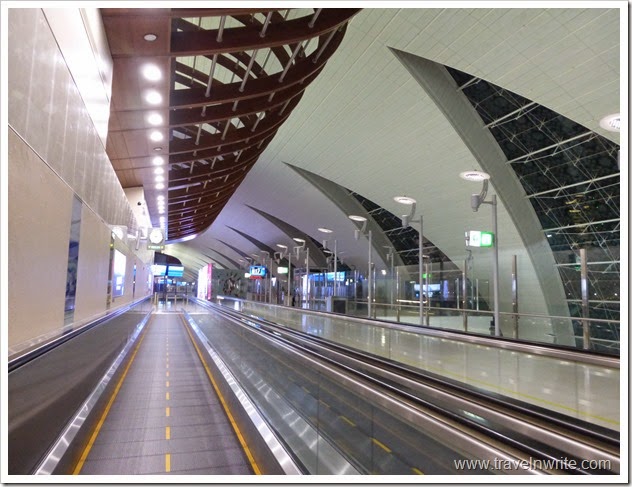 Moving walkways help ease the distance between the gates.

I told you in the last post about flying Emirates Airlines Business Class but I didn’t mention that waiting for flights and connections, we were able to use Business class lounges – also rather luxurious places that combined restaurant, lounge, and rooms to take showers and freshen up (which we did). I was so busy doing that in Dubai I didn’t take photos so just imagine it by looking at The Scout at the Emirates Business Class lounge in San Francisco. 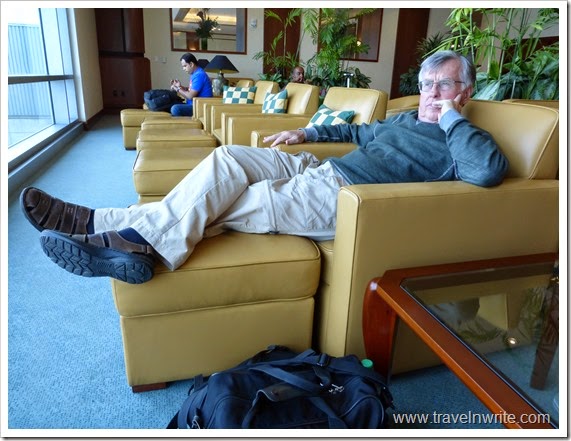 Pretty amazing we have to admit!  But even topping that was the First Class lounge. Remember, I told you they had 12 First Class ‘suites’ on our flight of nearly 500 passengers, well this is where they waited for connecting flights in Dubai: Yes, one can only imagine what that lounge must be like . . .

So we were off to Bangkok at 10 p.m. arriving the following morning about 7:30 am – rush hour traffic time.  It made for an hour and a half taxi ride (slightly over $20US, by the way) to our Marriott Vacation Club  ‘home-away-from-home’.  I’ll tell you about it soon - it wasn't the stereotypical Marriott, that's for sure!

Thanks for your time with us.  We can’t tell you how nice it is -- especially when on the other side of the world --  to find your comments on Facebook or here in the comment section – thanks to those subscriber/friends out there in the blogosphere who’ve written emails.  All are appreciated!! Happy and safe travels to you~
Posted by Jackie and Joel Smith at 12:23 AM