So, where are you going next? we are often asked; the polite but somewhat pointed inquiry by those who think we are ‘never home’.

“And what is there?” is the question that follows the first.

We’ve learned that sometimes travel isn’t about the ‘there’; sometimes it is the experiences you have in getting ‘there’.  (Remember Gertrude Stein’s famous quote, “There’s no there, there”?)

TravelnWrite was recently invited to join in on one of the blogosphere’s many competitions--- one that by virtue of it’s theme caught our fancy because it isn’t about ‘there’ – it is about getting there via air, land, sea, and rail.

As much as The Scribe hates flying, The Scout has convinced me that once we are up in the air, I might as well enjoy the view.  Our recent trip to Las Vegas convinced me again that his advice was wise. 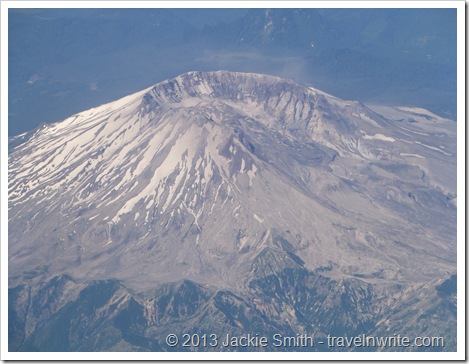 From where else would I get this view of Washington State’s Mount St. Helens, the volcano that erupted in 1980 blanketing a good portion of the state (including Yakima, where we lived at the time) in ash? 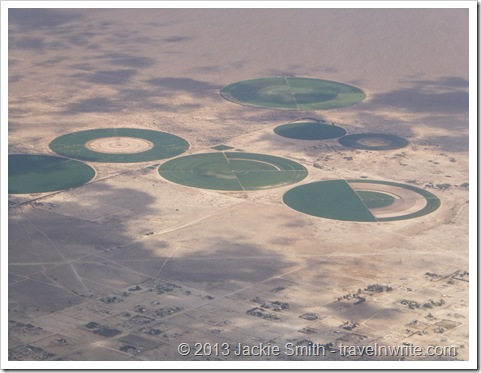 Or of the amazing contrasting geography of the Western United States – as evidenced here with irrigated crop circles dotting the dry, barren desert lands that surround Las Vegas?

Rail – The Train in Spain 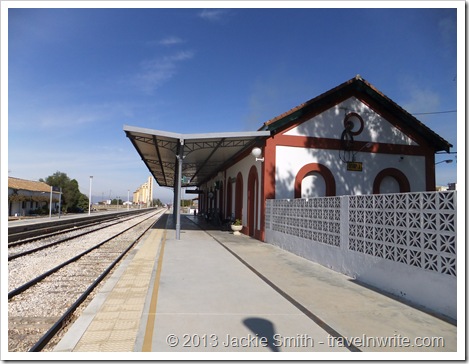 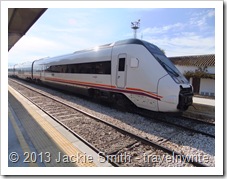 Osuna, Spain’s train station that had served passengers in this small agricultural city was such a contrast to the modern train that slid to a rest on the tracks in front of it; a train that would whisk us at high speeds to Malaga, on Spain’s Gold Coast. 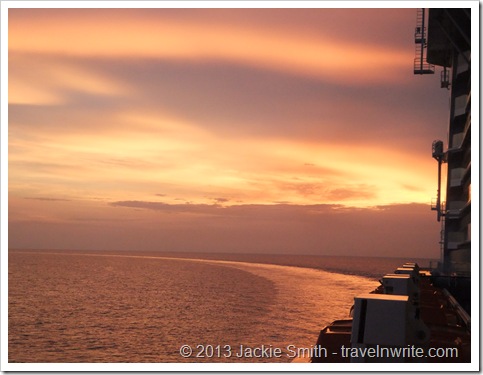 There is nothing like a sunset from the deck of a cruise ship. . .unless it is sunrise. Both times of day are simply magical.

Road – Where the Winds Blow Us

Our road trips both here and abroad are – for as much as possible – unstructured travel times. We set out in a direction – no schedule, no reservations, and a willingness to follow our whims – going ‘where the winds blow us’. 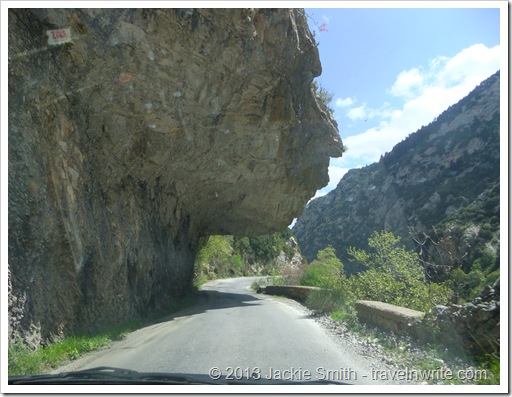 And sometimes the highways themselves become the most unexpected places. . .like this ‘highway’ in Greece’s Peloponnese!

So what is your favorite way to travel? Tell us in the comment section below or send an email!

This is our entry into the contest, Travel Your Way, being sponsored by RhinoCarHire. (click that link if you’d like to enter the contest yourself!) And to get the ball rolling I am tapping five other travel bloggers to participate in the competition:

You'll also see this post on Time Travel Plans Wanderlust Wednedays.
Posted by Jackie and Joel Smith at 9:43 AM