Jackie, The Scribe, is a freelance writer who likes nothing more than inspiring real and armchair travel through her tales. If you like reading her work then don't limit yourself to this blog. Check out some of her recent articles, just click the links below to set off exploring the Mediterranean. . .
While in the United States she was a regular contributor to the Travel Section of the Seattle Times. Her work has appeared in U.S. and Canadian on-line magazines.
She is currently a contributing editor to the international magazine, The Mediterranean Lifestyle.

She takes you to the Adriatic Sea as she reports on a cruise aboard the Sea Dream 2 in the late summer 2021: A Taste of the Adriatic 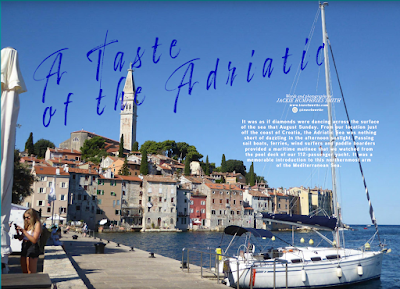 The island of Hydra, home to Leonard Cohen and other dream seekers who lived their bohemian lifestyle still casts a magic spell over visitors: Hydra, A Bohemian Escape 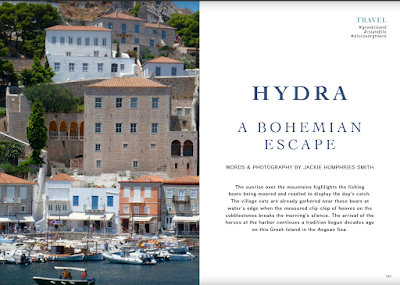 She captures the magic of a far-distant Greek island as she explores that island off the coast of Turkey; the island with two names: Kastellorizo/Megisti: 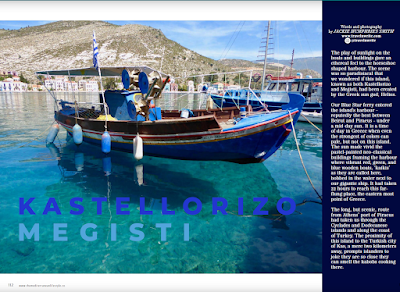 You get a sneak peek into her expat world in the Land of Kalamata Olives with the article she wrote on 'her' go-to Peloponnese city: Kalamata, the City 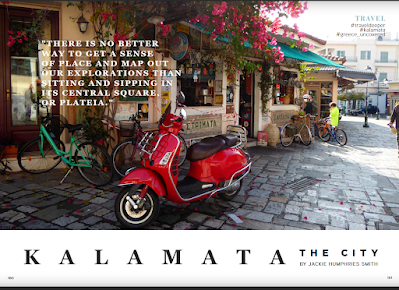 There's a bit of time travel involved as she takes you back in time with a look at Greece's Olympics: The Olympic Games 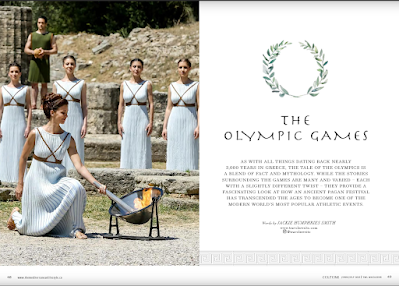 The theme of ancient Greek history continues in her search for those lesser-known but stunning archaeological sites in the southwestern Peloponnese: Mythology and Archaeology 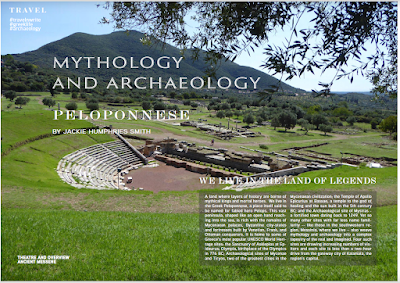